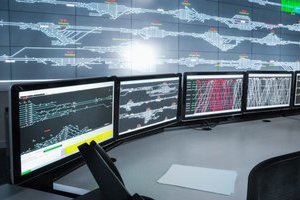 The warning comes from Indegy, an industrial cybersecurity firm. Indegy discovered the vulnerability and issued a report on the flaw Tuesday. Mille Gandelsman, CTO of Indegy, called the vulnerability a “major concern” and urged anyone running Unity Pro software to update to the latest version.

Unity Pro, which runs on Window-based PCs, is used for managing and programing millions of industrial controllers around the world. “If the IP address of the Windows PC running the Unity Pro software is accessible to the internet, then anyone can exploit the software and run code on hardware,” Gandelsman told. “This is the crown jewel of access. An attacker can do anything they want with the controllers themselves.” The flaw resides in a component of Unity Pro software named Unity Pro PLC Simulator, used to test industrial controllers, according to Indegy.

“This is what an attacker would want to have access to in order to impact the actual production process within an ICS physical environment. That includes the valves, turbines, centrifuges and smart meters,” Gandelsman said. “With this type of access, an attacker can use it to change the recipe to drugs being manufactured by industrial control systems or turn off the power grid of a city.”

However, Schneider Electric said its most recent version (11.1) of the Unity Pro software is not impacted. The vulnerability, Indegy points out, does not require a compromise of the controllers in an ICS network because the industrial controllers lack authentication and industrial communications protocols lack encryption. “Regardless of the SCADA/DCS applications in use, if Schneider Electric controllers are deployed, this software will be used on the engineering workstations. This makes this attack relevant across virtually any process controlled by these PLCs,” Indegy said.

According to Schneider Electric’s description of the vulnerability, the flaw is tied to when a Unity project is compiled as x86 instructions and loaded onto the programmable logic controller (PLC) simulator. “It is possible to make the simulator execute malicious code by redirecting the control flow of these instructions: By implanting shellcode in free space of a Unity Pro project, then download and execute the patched project to the simulator.”

Another Schneider Electric bug was identified last year tied to a series of vulnerabilities related to credential and authentication verification in two of Schneider Electric’s HMI products that could have allowed an attacker who exploits them to be able to run arbitrary code. In a report, released in September by the U.S. Industrial Control Systems Cyber Emergency Response Team (ICS-CERT), officials conclude that nagging issues continue to plague industrial control systems (ICS) and SCADA systems.

It found that a dearth of access controls limiting unauthorized access, poor software code quality, and the weakening, or absence of, crypotographic security when it comes to the protection of data and network communications were still not adequately being addressed by the industry.