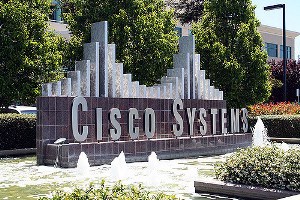 "Cisco's investigation found this to be the result of an incorrect security setting following system maintenance on a third-party's website," the company said in its advisory. "Upon learning this, the setting was immediately corrected and user passwords to the site were reset."

The setting was found to be in place between August and September 2015, and July and August 2016, the company said. "We do not believe that this information was accessed by anyone beyond the researcher who found and reported the issue," Cisco said. The company did concede that it saw an "unexplained, anomalous" connection to the server during the affected period, in a copy of the breach notice registered with the Californian Attorney-General on October 25, but this information was missing from the notice.

In response to the findings, the networking giant said it had reset user passwords and disabled the ability to access the site via security questions. "We continue to investigate and monitor the incident. Steps are being taken to mitigate such incidents from occurring in the future," Cisco said. Since July 2003, California has required companies to notify its residents when a data breach occurs.

By contrast, Australia is without such laws, despite the government imposing mandatory data-retention laws on telcos and carriers that allows approved law-enforcement agencies to warrantlessly access two years' worth of customers' call records, location information, IP addresses, billing information, and other data stored.

Following two failed attempts by governments of different stripes to implement data breach notification laws, the laws re-entered Parliament for a third time in October. In August, Cisco said it would lay off 7 percent of its workforce, due to restructuring to focus the company on high-growth areas. The company said at the time it would use the cuts to invest in its security, IoT, collaboration, datacentre, and cloud technologies.