You probably know a trick or two to help strengthen your passwords by now. 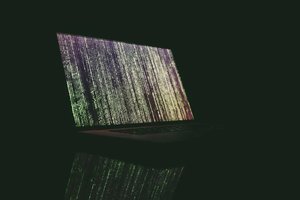 You might work in a number or two, or maybe even toss in a little punctuation to make it harder for the bad guys to figure out. Perhaps you sneak in the name of a site or the first letter of its name to change things up. Whatever you’re doing, it’s probably not enough.

Jeff Yan of Lancaster University along with four researchers at Peking University — Ding Wang, Zijian Zhang, Ping Wang, and Xinyi Huang – recently published the results of a study entitled Targeted Online Password Guessing: An Underestimated Threat (PDF). In it, they describe how they were able to successfully crack some passwords in fewer than 100 guesses. Even if someone was typing those guesses in manually, that’s a ridiculously small amount of effort.

Their algorithm, called TarGuess, achieved success rates of up to 73% in some test scenarios. That’s 73% of users’ passwords in 100 guesses at most. What is it that makes TarGuess so good at figuring out passwords? It’s all about getting to know the target before launching the attack.

Getting to Know All About You

TarGuess bases its guesses on bits of personally identifiable information (PII) that are presented to it. How easy is it for someone who wants to hack into your account to get their hands on PII? Easier than you think, probably. Much of it you’ve left on the web voluntarily, on sites like LinkedIn, Facebook, Twitter, and Instagram. Other bits may have been spilled in any one of the dozens of massive breaches that has happened in the not-too-distant past.

That Yahoo breach that spilled details on half a billion users, for example. Or maybe you’re one of the 21 million government employees and contractors whose personal information was stolen when the Office of Personnel Management was hacked. All that information is out there, and you can be certain the cybercriminals are actively working to exploit it.

Say you did your undergraduate work at Syracuse, and you listed that on your LinkedIn profile. TarGuess might surmise that the word orange would be a good place to start. Maybe you graduated in 2001. TarGuess could try tacking 01 on the end of other words to break in to your account. The more the algorithm knows, the more refined its guesses.

The Problem of Re-use

Re-using passwords on different websites is a very, very bad idea. Hopefully you already knew that, but maybe you didn’t know that partial re-use isn’t good. TarGuess could spot your email address in one dump next to a password like Secret123Yahoo and decide that trying Secret123Paypal against your Paypal account would be a good place to start.

Yes, substituting numbers for letters the way that TV show hackers do is a thing. It’s not a particularly good way to create a strong password, though. The TarGuess code has more than “a dozen transformation rules,” so swapping your As for @s isn’t going to trip it up. Not convinced? Check out Telepathwords, a tool created by Microsoft researchers that can predict the next character in a password as you type it. Simple substitutions like that rarely throw it off.

It should be obvious that a password that can only withstand 100 guesses isn’t good enough. But what is? Mark Stockley of Sophos says that it should be able to withstand at least 1,000,000 guesses. That would protect you from most web-based attacks. If you’re really overachieving and want to make sure that you’re safe even if someone tries to crack your password offline, it needs to stand strong against 100,000,000,000,000 guesses. That’s 100 trillion, with a tr.