Facebook’s mobile app just grew a keen sense of hearing. Starting Wednesday, the app has the ability to recognize music and television shows playing in the vicinity of users. 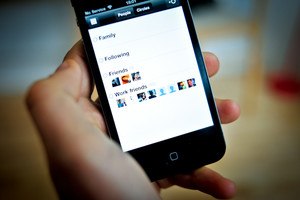 The feature is designed to make it easier for users to share. When users begin to write a post, the Facebook app will offer to include information about music or shows playing in the background.

“We want to help people tell better stories,” said Aryeh Selekman, the product manager who led the development of the feature. “I hope there are people who love the feature and post more.”

If Facebook users share more about themselves, that can boost the value of ads targeted at some of its 1.28 billion users. The audio-recognition feature works similar to the app Shazam, which also can identify music and television programming using the built-in microphones in mobile phones.

The feature took Selekman’s team about a year of engineering and logistics work. In order to recognize live television shows, Facebook inked deals to obtain audio from 160 television stations in the U.S. Using the microphone built into iPhone and Android phones, Facebook says the app can recognize a live show within 15 seconds.

Facebook also said it reached deals with music-streaming sites, including Spotify and Rdio, to enable Facebook users to play previews of songs that others have shared using the audio-recognition feature. The feature is optional and can be switched on and off.

If enough users opt in, the new Feature could give Facebook enough data to start compiling television ratings. Even if users decide not to share what they’re hearing or watching, Facebook will hold onto the data in anonymous form, keeping tabs on how many users watched particular shows.

Users who begin a post after turning on the feature will notice a tiny audio equalizer with undulating blue bars, indicating the app has detected sound and is attempting to match it to a song or television show. Once the app finds a match, users will see the title of the song and a thumbnail, such as an album cover or a photo of a talk-show host.

By tapping on the show or song, users can post it to their news feeds and let other users know what Facebook has already figured out – what they’re seeing and hearing.