Microsoft has reportedly signed a deal with FireEye that will see it share telemetry data from Windows 10 with the third-party security outfit. 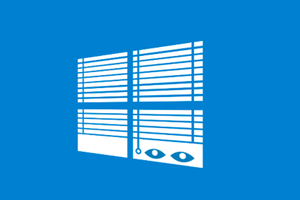 Microsoft and FireEye's partnership, which will see the security firm's iSIGHT Intelligence tools baked into Windows Defender, will also see FireEye "gain access to telemetry from every device running Windows 10."

Microsoft uses telemetry data from Windows 10 to help identify security issues, to fix problems and to help improve the quality of its operating system, which sounds like a good thing. However, with the company previously admitting that it's latest OS is harvesting more data than any version before it, Microsoft's mega data-slurp also raised some privacy concerns. The firm previously said that personal information is "seldom taken," which means, in some cases, it is. Microsoft said in November last year: "In the cases where we've not provided options, we feel that those things have to do with the health of the system."

This newly-signed deal with FireEye is the first time that Microsoft has agreed to share telemetry with a third-party, and "security teams are also able to access the telemetry via a subscription billing model," suggesting that anybody who wants it can pay to do so.

However, details of the type of data that will be shared remain vague, and it's unclear whether FireEye will only be getting access to data from Windows Defender or whether it'll be given all of the system data that Microsoft collects. Microsoft has yet to return our request for comment, while FireEye has kept quiet on data slurping aspect of the deal and instead boasted about what it means for Windows 10's security.

"FireEye has invested in nation-state grade intelligence and we are strategically partnering with industry leaders to operationalize this high-quality intel," said Ken Gonzalez, senior vice president of corporate development at FireEye. "By working with Microsoft we're able to offer differentiated intelligence within WDATP and together help make organisations more secure."

For those that are concerned, it's worth noting that you can select how much telemetry data is shared from your machine and in some cases opt-out. This isn't the only security-related controversy Microsoft has faced recently. Just last week, Kaspersky accused Microsoft of anti-competitive practices and said the firm is putting customers in danger with its attitudes to antivirus protection.