Hacking company says it can break into any phone

If you’re an Apple watcher, you certainly heard of Cellebrite, as the Israeli security firm was linked to FBI’s efforts to break into the iPhone used by one of the San Bernardino shooters. 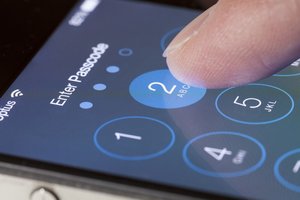 Cellebrite is at this point the company behind the most advanced software for hacking smartphones out there, no matter the brand, the model, or the security system used to block access to the data, and in a demonstration, the firm has shown how easy it is to break into a phone.

The security researchers at Cellebrite hacked an LG G4 running the latest version of Android in only a few seconds, managing to access the latest photos, as well as location and time for each file. All pics were then extracted from the phone on a computer, and the same thing was possible for any data or file on the device. Cellebrite explains that it can access pretty much everything on your phone and it’s not limited just to files. For example, Leeor Ben-Peretz, one of the company's top executives, claims that the firm can recover messages that you deleted many years ago, even though they no longer show up on the device.

"In some devices even if you would format the device and you would believe the data is deleted, still a significant portion of it exists," Ben-Peretz stated. Is this worrying? It certainly is, especially because many companies, including Apple, market their products as nearly hackerproof and claim to be investing millions of dollars into making their phones more secure.

"Working with governments and private companies"

But Cellebrite says there’s actually no reason to worry about this, as it’s mainly collaborating with governments across the world who need to break into iPhones involved in criminal activities, though it agrees that it also sold software to private firms doing corporate investigations. "There are many devices that we are the only player in the world that can unlock," Leeor Ben-Peretz bragged. "Yes it is getting harder, it is getting more complex," he said. "But we still deliver results and they are results on the latest devices and latest operating systems."

Cellebrite is believed to be one of the companies involved in the San Bernardino iPhone saga, when the FBI approached the firm in order to hack the device. Reports claimed that the phone was unlocked by a group of hackers and not by Cellebrite, but the Israeli firm says it can hack iPhones too, suggesting that it might be behind the San Bernardino saga as well.

"iOS devices have strong security mechanisms that give us a challenge, but if anyone can address this challenge and provide a solution to law enforcement, it is Cellebrite," the exec explained. So there you go, the next time you brag about your phone being hackerproof, just think that there’s always someone out there who can prove you wrong. Fortunately, there’s a big chance that this isn’t going to happen.