Google wants to bring ads to all your devices, including your fridge and car dashboard

Google already generates a significant amount of money from ads on search results, but its ads could reach further than desktop and smartphone screens. 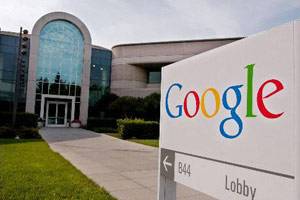 In a letter to the US Securities and Exchanges Commission (SEC) sent in December, the company said it could be serving ads and other content on “refrigerators, car dashboards, thermostats, glasses and watches, to name just a few possibilities.”

The reason for this statement was because Google was justifying why it didn’t reveal what revenue it generated through mobile, even though other companies like Facebook and Twitter did. It said that the definition of ‘mobile’ is changing and could evolve further as smart devices are added into the mix.

Our expectation is that users will be using our services and viewing our ads on an increasingly wide diversity of devices in the future, and thus our advertising systems are becoming increasingly device-agnostic.

The latter is especially relevant considering how much investment Google is placing in such devices. Its wearable device Google Glass has been in beta mode for the past year, and an date for its official release hasn’t been announced yet.

Also, its purchase of the smart thermostat and smoke detector company Nest for $3.2 billion in January also ties in with this statement. When the deal was first announced, Nest’s founder Matt Rodgers said in a blog post that its privacy policy “limits the use of customer information to providing and improving Nest’s products and services.”

Google has since issued a statement with regards to the SEC filing saying that the company has no plans to place ads on Nest. “We are in contact with the SEC to clarify the language in this 2013 filing, which does not reflect Google’s product roadmap. Nest, which we acquired after this filing was made, does not have an ads-based model and has never had any such plans,” a Google spokesperson said.