A Google employee is suing the company for being too confidential

A Google product manager has filed a lawsuit against the company for its confidentiality policies on the grounds they violate California labor laws. 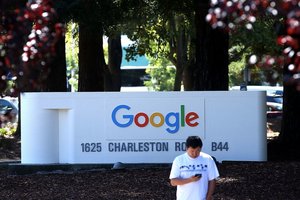 The suit, filed today in California Superior Court in San Francisco, alleges that Google operates what amounts to an internal “spying program” on its own employees.

These policies are put in place to allegedly prevent the leaking of potentially damaging information to regulators or law enforcement. They in turn prohibit employees from speaking out about illegal activity within the company, even to its own lawyers, and encourage them to report other employees suspected of leaking information. Experts have obtained a copy of the complaint, linked below in full. “Google’s motto is ‘don’t be evil.’ Google’s illegal confidentiality agreements and policies fail this test,” the lawsuit reads.

One policy allegedly even prevents employees from writing a novel about working for a large Silicon Valley corporation — like, for instance, Dave Eggers’ dystopian novel, The Circle — without first getting final draft approval from Google. This lawsuit was filed by the same individual, known in the suit only as “John Doe,” who filed a complaint with the National Labor Relations Board earlier this year over many of the same confidentiality policies.

The goal of these confidentiality policies is both to prevent leaking to regulators and law enforcement and to stop employees from handing sensitive information to the press. The suit alleges a Google co-founder — it does not name either Larry Page or Sergey Brin — reiterated at a company all-hands meeting that anyone who leaks confidential info would be terminated. Google won’t let employees write a novel about working in Silicon Valley without final approval.

However, if Google is found guilty of violating California labor law, it could be fined up to $100 for each of the 12 alleged violations, multiplied by its more than 61,000 employees. That fine doubles to $200 per pay period per employee, up to an entire year, if any of the violations persisted past a single pay period. That means the maximum payout here could be as much as $3.8 billion, netting each Google employee around $14,600. The suit specifically calls out a Securities and Exchange Commission guideline that bans companies from preventing their employees from interacting with the agency about potential violations.

The lawsuit says that Google’s Code of Conduct classifies confidential information as “everything at Google.” It also says the company operates a program called “Stop Leaks” that encourages employees to report suspicious behavior, which includes other employees asking detailed questions about projects or other work details. The suit alleges that Google “suppresses information” about potentially illegally products or regulatory-skirting practices by advising employees not to include emails signaling how the company may have broken the law or violated contract terms.