Waymo, Alphabet’s self-driving company, is in talks to partner with Honda

Waymo, better known as Google X’s self-driving project, is in talks to partner with Honda on developing fully self-driving cars, the companies announced on Wednesday. 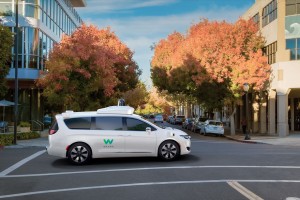 If discussions progress, Honda will be the second automaker Waymo will have partnered with. In May, Waymo — which spun out into its own Alphabet subsidiary last week — struck up a deal with Fiat Chrysler to produce 100 self-driving minivans.

Previously, the self-driving project has had difficulty partnering with automakers as many of the car makers wanted to avoid relinquishing their brand to Google, according to sources. It’s not clear exactly how many vehicles Honda will commit to this partnership. At least initially, Honda will likely provide a limited number of vehicles to Waymo for the company to retrofit with its self-driving hardware and software suite.

Today, Waymo is testing its vehicles in four cities: Kirkland, Wash.; Phoenix, Ariz.; Mountain View, Calif.; and Austin, Texas. The company expects to eventually use cars outfitted with its self-driving technology to operate in ride-hail networks, according to Waymo CEO John Krafcik. “We’re looking forward to exploring opportunities to collaborate with Honda to advance fully self-driving technology and make our roads safer,” a Waymo spokesperson said in a statement.