Google will be launching two new flagship smartwatches in the first quarter of next year, according to Jeff Chang, product manager of Android Wear at Google. 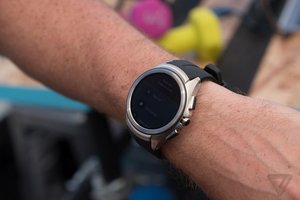 In an exclusive interview, Chang said that the new watches will be the flagship Android Wear 2.0 devices and will be the first ones to launch with the new platform. The new smartwatches had been rumored before, but Google confirmed the upcoming launch today as part of a larger effort to convince consumers that wearables — smartwatches specifically — are still in demand.

The new models will not have Google or Pixel branding, but will be branded by the company that is manufacturing them. Chang says that Google collaborated with the manufacturer — which he wouldn’t name, but said has produced Android Wear devices in the past — on the hardware design and software integration for the watches. He likened the partnership to Google’s Nexus smartphone program in terms of collaboration and goals.

Following the launch of the new devices, existing Android Wear watches will get the update to Android Wear 2.0. The new platform brings a number of new features, including standalone apps that don’t require a phone to work, support for Android Pay, and support for Google’s voice-controlled Assistant, which has already launched on the Pixel smartphones and Home speaker.

Not every existing Android Wear watch will be updated, but Google says most of the recent models will be. Certain features, such as Android Pay, require specific hardware, so not all models will support them. (Chang noted that the LG Watch Urbane 2nd Edition has NFC support and the new watches coming next year will have it, as well, but it is not a requirement for Android Wear partners at this time.)

Google will release the fifth and final developer preview of Android Wear 2.0 in January, and it is expected to include support for both Google Assistant and Android Pay (on supported devices) in it. It will also work with iOS devices, and Chang confirmed that while there will be differences between Wear 2.0 on Android and iOS, Android Pay will work on both platforms.

In addition, Chang says that after Google’s flagship watches launch, other partners will release new devices with Android Wear 2.0 throughout 2017. Partner announcements on new devices are expected at both CES in a couple of weeks and the Baselworld trade show later in 2017. The company says it’s committed to supporting and promoting these launches in order to help build awareness in a consumer climate that is becoming increasingly adverse to smartwatches and wearables in general.

Though the smartwatch market is still nascent compared to smartphones, it appears that Apple is already starting to run away with it, and its only competition so far has been from Samsung, which doesn’t use Google’s platform on its devices. Fitbit is the leader in fitness trackers, but its recent purchase of Pebble indicates that it will be looking to move into the smartwatch market, as well. None of that bodes well for Google, which has already spent two and a half years trying to make Android Wear a success, with less than stellar results.

Chang says that Google’s strategy of working with many partners on Android Wear devices is advantageous. “We've enabled a lot of diversity with our hardware partners to target different types of consumers and preferences,” he says, before noting that Google is “quite optimistic” about the prospects of smartwatches. “This is a marathon, not a sprint. This category of product is here with us to stay.”