It's incredibly easy to tamper with someone's flight plan

It’s easier than many people realize to modify someone else’s flight booking, or cancel their flight altogether, because airlines rely on old, unsecured systems for processing customers’ travel plans, researchers will explain at the Chaos Communication Congress hacking festival on Tuesday. 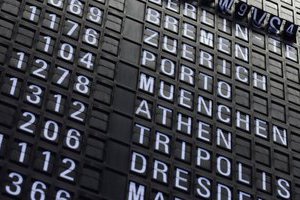 The issues predominantly center around the lack of any meaningful authentication for customers requesting their flight information. The issues highlight how a decades-old system is still in constant, heavy use, despite being susceptible to fairly simple attacks and with no clear means for a solution.

“Whenever you take a trip, you are in one or more of these systems,” security researcher Karsten Nohl told in a phone call ahead of his and co-researcher Nemanja Nikodijevic’s talk. Specifically, the pair have researched so-called Global Distribution Systems (GDS). These are essentially the back-end used by travel agents and airlines to handle the allocation of tickets.

When someone pays for a flight, the airline or travel agent probably gives them a six digit code. Punching this and their last name into different websites, such as that of the airline, allows flyers to then see their flight information, and in turn they can change their trip or otherwise rearrange their booking.

But one issue is that these codes are incredibly easy for a computer to quickly churn out, meaning a bot could simply cycle through various options until it lands on a legitimate code for a corresponding surname. Several of the GDSs don't use any sort of rate limiting system—only allowing a certain number of requests per minute or second—so the researchers were able to swiftly process millions of possible combinations automatically.

The codes don't contain ones or zeros to avoid confusion with I or O, Nohl says—they only use upper case letters and no special characters too. On top of that, in two out of the three larger GDSs, the numbers increase sequentially, Nohl explained. This means a hacker can predict when a particular set of numbers are more likely to be used at a certain time of day, or day of the week, in turn making it much more likely that they will successfully match a six digit code with the correct last name, and gain access to flight information.

The codes themselves can also be easily found on people’s' luggage tags or potentially on a boarding pass, as others have previously found. Armed with these techniques, a hacker might be able to track someone, finding out where they’re flying to and from. Working with the German TV station ARD, the researchers were able to change the flight booking of a reporter, putting him on the same flight as, and in an adjacent seat to, a German politician.

“We were able to try a couple million for a given last name, and that was enough to find this German senator,” Nohl told. There is also the potential for financially-driven fraud too. Hackers could add a frequent flyer account to expensive long haul flights, or perhaps cancel a trip, receive a coupon from the airline, and then use that to book another flight, Nohl claimed.

Nohl told that specific companies have said they will employ measures such as rate limiting to curb just how easy it is to discover flyer's six digit codes. But that still leaves a wealth of interconnected systems that were never really designed with the internet in mind, and the threat that it would pose. “Despite responsible disclosure, which we are doing right now, there doesn't seem to be a clear path to a really better system yet,” Nohl said.