Russian visa center in US target of apparent hack

A database containing the personal information of thousands of Americans who have applied for Russian visas in the United States appears to have been hacked over the holiday weekend. 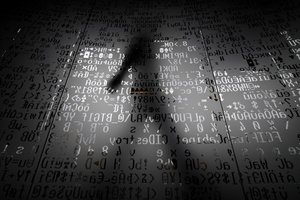 The person who claims to have breached the computer systems of the Russian Visa Center, who goes by the name Kapustkiy, shared a screenshot of the stolen information.

The screenshot contains the names, email addresses and phone numbers of dozens of people. Kapustkiy, who said he is part of a group called New World Hackers that assisted with the breach, claims he has the information tied to thousands more, but will not publicly disclose them. “I want administrators to secure their things better and understand the consequence of a data breach,” he said in a Twitter direct message. Kapustkiy describes himself as an ethical hacker who finds vulnerabilities in websites. He said he is 17 years old.

Experts attempted to contact every person listed in the screenshot. Five people confirmed that they have applied for Russian visas. John Shoreman, an attorney for the Russian Visa Center, told that the personal contact information of thousands of visa center customers was likely exposed. Run by an American company called Invista Travel Logistics, the visa center helps Americans secure necessary travel documents to Russia, including setting up appointments for applicants to meet with Russian consulate officials. Shoreman said the appointment scheduling system was likely targeted.

The Russian Visa Center, which operates in Washington, New York, San Francisco, Seattle, and Houston will contact all of its customers — numbering in the tens of thousands — in the next 48 hours to notify them of the data breach, Shoreman said. Customers will be advised to change their email passwords and to look out for phishing scams. According to Shoreman, the Russian Visa Center is also in the process of notifying the FBI and the Department of Homeland Security. When reached over the holiday weekend, a spokesperson for the Russian embassy referred to the Russian Visa Center.

On the night of the hack, Kapustkiy claims he notified Homeland Security’s Computer Emergency Readiness Team, known as US-CERT, an organization that analyzes and responds to cyber threats. Kapustkiy provided experts with what appears to be a screenshot of a confirmation email from US-CERT. The Department of Homeland Security did not respond to a request for comment.