A Sanrio database that was misconfigured and exposed to the public in 2015 was eventually secured by the company. 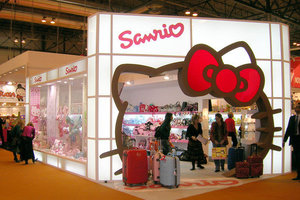 In a statement, Sanrio said they didn’t believe any data was stolen. But that’s exactly what happened. Now, over a year later, the database has surfaced online. Its resurrection places 3.3 million Hello Kitty fans in the hot seat.

On December 19, 2015, Salted Hash broke the news that a MongoDB installation for Sanrio, the company behind Hello Kitty, was exposed to the public. The database was discovered by security researcher Chris Vickery. At the time, Sanrio speculated the exposure was due to maintenance conducted several weeks prior, on November 20, 2015. The database contained just over 3.3 million records from sanriotown.com, including 186,261 records assigned to people under the age of 18.

Three days after the story broke, on December 22, 2015, Sanrio said they investigated the problem and fixed it. “In addition, new security measures have been applied on the server(s); and we are conducting an internal investigation and security review into this incident. To the Company’s current knowledge, no data was stolen or exposed,” the statement concluded.

Unfortunately, someone copied the database before the configuration error was fixed. It just isn’t clear when that copy was made. On Sunday, Salted Hash learned that the Sanrio database was added to the LeakedSource index. Examining the LeakedSource records and comparing the field names to the screenshots shared by Vickery in 2015, the data is a match. For example, both sets of data use the “_createdFrom” field, as well as “dateOfBirth”, “gender”, “firstName”, “lastName”, etc.

Based on the samples shared with Salted Hash, it looks as if the LeakedSource records have been scrubbed of non-essential website data points, laving only the personal details intact. In both databases, the records contain the account holder’s first and last name, birthday (encoded, but easily reversed), gender, country of origin, email addresses, user name, password (unsalted SHA-1 hash), password hint question, and the corresponding answer.

However, there is a field in the LeakedSource records that is new to this story, “incomeRange” with values running from 0 to 150. It isn’t clear what these values represent, but not every record has them. As was the case previously, the fear is that the exposed database could cause problems for those registered, especially the children. It’s hard enough to deal with ID theft related issues as an adult. Such issues are only compounded for children, as the problems might not materialize for several years.

In 2015, Sanrio encouraged password resets and urged fans not to share passwords between websites. This is true today as well, but there’s no telling who followed the advice. Also, there is no way to track who had access to this database, as it’s been circulating out of the public eye for a least a year before it was shared with LeakedSource. Salted Hash has reached out to Sanrio for comment. We’ll update this story when they respond. Anyone with concerns about the information exposed can checkout Consumer.gov for advice on recovering from identity theft. It should be mentioned that attacks on MongoDB rise as hijackings continue.