The modern “smart home” is still learning. In the tech world’s rush to make everything Internet-connected, the home seems to be the area with the most potential for change and lasting effect. 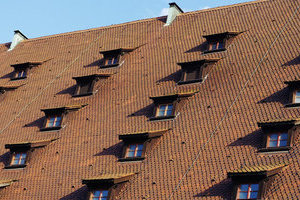 Rosie the Robot won't be moving in quite yet, but virtual assistants and other tech will make life easier and entertain us more than ever. Of all the tech industry's current obsessions, smart homes might have the biggest gap between fantasy and reality.

We've been dreaming of a home that runs itself—restocking supplies, maximizing energy efficiency, and even performing some chores—but for the most part we got glorified remote controls for appliances instead. Even if a true smart home is further off, we'll get that much closer in 2017. Here's what to expect in 2017—and what will remain elusive:

For years, Nest thermostats have tracked whether you're home or away, and used that information to adjust the temperature and control other smart home devices. That kind of contextual awareness should expand in several ways in 2017.

More of us are wearing smartwatches and fitness trackers that can tell whether we're awake, asleep, exercising, or relaxing. Those signals can in turn feed into smart thermostats, ceiling fans, light bulbs, and blinds to adjust a home's climate and atmosphere. We're also starting to see a proliferation of mesh router systems such as eero, Plume, and Google Wi-Fi, which add multiple connectivity points throughout the house. Eero already uses this capability to tell you which part of the house you left your phone in, and it's not hard to imagine a system that adjusts temperature and lighting based on where people are gathering.

On the software side, services like IFTTT are tying disparate products and apps together in more complex ways. IFTTT now supports multiple actions from a single trigger, so it can turn on the lights and crank the heat when you open the garage door. Soon, the service will also support variable triggering conditions, so it might leave the lighting and heat alone if someone else is home already.

While 2016 was a breakthrough year for connected speakers such as the Amazon Echo and Google Home, in 2017, those products' underlying AI will start to feel omnipresent. Amazon, for instance, has been letting hardware makers build the Alexa virtual assistant into their own products and now offers ready-made prototyping kits to make development easier. Google isn't far behind with similar initiatives, and Microsoft wants to get its Cortana assistant onto more devices as well. Pretty soon, you'll start seeing virtual assistants in alarm clocks, lamps, TVs, and maybe even your fridge, letting you search Google or order items on Amazon from anywhere in the house.

They Won't Set Up Themselves

Talk to enough smart home vendors, and you'll realize that setup is a major obstacle for the average consumer. Between the hub devices that are required for many lighting and sensor systems, and the rigmarole of pairing new devices to a Wi-Fi network, setting up a smart home still feels like a geeky endeavour. And that's assuming users can make sense of the half-dozen competing software ecosystems they must choose from, including Apple HomeKit, Nest, SmartThings, Lowe's Iris, and Wink.

While emerging protocols such as Thread aim to make onboarding easier, and groups like the Open Connectivity Foundation are trying to make more products interoperable, progress has been slow so far as major players such as Apple, Amazon, and Google don't seem interested in rallying around standardized solutions. Chaos seems likely to reign for at least another year.

They Won't Do Much Manual Labour

Don't expect Rosie the Robot to come to life in 2017, though we are inching ever closer. Aside from your Roombas and iRobots, we're starting to see household robots that can fold your laundry, clean up after your cat, handle your dry cleaning, clean your gutters, and mow your lawn.

Still, these new household robots are pricey, and in some cases the setup seems like more trouble than it's worth. Meanwhile, the idea of a Rosie-like robot remains an immense technological challenge requiring sophisticated mechanical components and artificial intelligence that aren't likely to be commercialized anytime soon.

They'll Shop For You, Within Reason

While appliance makers like Samsung are sticking cameras inside their refrigerators, they haven't quite figured out how to reorder groceries on your behalf. In the meantime, Amazon has the next-best thing with Dash Replenishment Service, a set of software tools that appliance makers can use to order more supplies as they run low.

In 2016, we saw a Brita pitcher that orders more filters, GE dryers and dishwashers that order more fabric softener and detergent packs, and Brother printers that order more ink. And new products are coming, including a trash can that helps you order more of what you just threw away. The only question is whether Amazon will remain unchallenged, or other retailers will catch on.

If we learned anything from the Amazon Echo, it's that smart home products don't need to emphasize order and upkeep to be successful. Some of the best smart home applications of 2017 might simply help you stay informed or entertained. Google has already started down that path with its Google Home speaker that lets you launch Netflix videos by voice on any Chromecast TV device and can play synchronized audio with other Chromecast audio devices around the house.

What's the next step? Perhaps you'll be able to ask for video recommendations or transfer the music playback to your phone as you head to the car. These kinds of uses won't drastically change your life or save you from having to do your own chores, but they might do more to take the smart home mainstream in 2017 than any door lock or thermostat.