How Apple's culture of secrecy wears down its top developers

Chris Lattner, Apple's head of developer tools and the creator of its uber-popular programming language, Swift, this week announced plans to join Tesla. 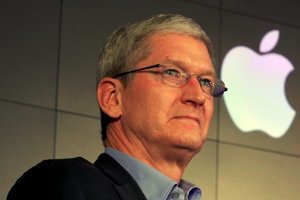 People leave their jobs for all kinds of reasons, especially when they are offered exciting new jobs at important, on-the-rise companies.

But someone in Lattner's circle of developer friends shared some insight at to why Lattner may have been calling it quits at Apple now, even as one of his major contributions, Swift, had really taken off. The person experts talked to said one big reason was that Apple's culture of secrecy was wearing on him, particularly because it was his job (and his life's work) to create open-source developer tools.

"He always felt constrained at Apple in terms of what he could discuss publicly — resorting to off-the-record chats, surprise presentations, and the like," the person told. "Similarly, I know he was constrained in recruiting and other areas. Eventually I know that can really wear people down." Lattner did not respond to requests for comment prior to this story. However after this article published he tweeted out his denial.

Not the first time

This wouldn't be Apple's first time losing someone because it insists on secrecy over collaboration. Apple's entire networking team quit within a one-week period back in 2015 when Apple asked the team to build a bulletproof network and then refused to allow it to collaborate with others outside the company in its field doing similar work via an organization called Open Compute Project. (OCP is led by Facebook.)

The Apple networking team then took the networking tech it built at Apple, based on open-source software, and launched its own startup called SnapRoute, which has since taken the network world by storm. After its members quit, Apple relented and officially joined the OCP. Apple was also forced to change its policy of secrecy for its artificial-intelligence team. In December it allowed that team's members to start publishing research papers on their work and otherwise collaborate with academia. Just a few weeks ago, the Apple AI team published its first paper.

That was a major reversal, and it came because Apple's tight-lipped approach was widely thought to be hindering its ability to hire the best people in the field of AI. AI is the biggest trend in the tech industry these days, and those creating new ways for computers to learn and to reason want to show off their own accomplishments to the greater AI community.

Yann LeCun, Facebook's AI director, told in December that at Facebook's Artificial Intelligence Research unit, known as FAIR, publishing wasn't just allowed but required. When it comes to open-source software, Apple hasn't been completely absent. In addition to Swift, it has allowed for the sharing of numerous other key technologies including WebKit, ResearchKit, and CareKit. It also uses open-source technologies in its products (like its operating systems) and contributes back to those projects. But Apple isn't considered a paragon of open-source involvement either. For instance, Apple has about 33 open-source projects shared on GitHub, a major site where developers share their open-source projects. Microsoft, in contrast, has more than 1,200.

Not the only reason

Secrecy almost certainly wasn't the only reason Lattner left, though. His baby, the Swift language, is Apple's relatively new language for building Mac and iOS apps. Apple released it at its Worldwide Developers Conference in 2014, and it quickly became one of the most popular programming languages around.

While Swift was always a team effort, after Apple open-sourced it a year ago, it quickly built up a large community of people to work on it, both inside and outside Apple. That means the project has a stable set of people to keep tabs on it, freeing Lattner to tackle something new. And if Lattner wants to keep contributing to Swift, he doesn't have to work for Apple to do it.

It's also possible that Lattner tired of working in an area that is considered somewhat peripheral to his company. After running developer tools at a company more focused on consumer tech products, he is now moving to a job building self-driving tech for Tesla, a central area of focus for the carmaker. In the meantime, Tesla seems to be doubling down on its poaching from Apple. News broke this week that in addition to nabbing Lattner, the company also grabbed Matt Casebolt, a top engineer on the Mac Pro and the new MacBook. Apple declined comment.