Obama expands surveillance powers on his way out

Despite pleas from privacy groups to rein in the US government's surveillance powers before President-elect Donald Trump takes office, the Obama administration has done the opposite. 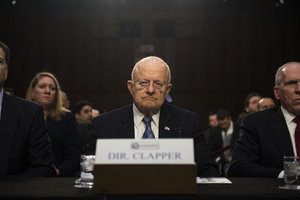 That means more than a dozen of the government's other spy agencies -- such as the Central Intelligence Agency (CIA) and the Drug Enforcement Administration (DEA) -- will be able to filter through raw data intercepted and collected from foreign networks and satellite transmission, including phone calls, emails, and other personal data. It's said that the rule changes will make it easier for the government to spot and prevent potential terrorist attacks before they happen, at the expense of the privacy of millions of Americans, whose data may be collected in the surveillance dragnet.

James Clapper, the director of national intelligence, announced the changes in the final days of Obama's presidency by publishing unclassified, redacted procedures. Though a total of 17 government agencies will have access to Americans' data without requiring a warrant, the data is not allowed to be accessed "for law enforcement purposes," the redacted rules said.

The new rules were approved by US Attorney General Loretta Lynch with just days before Trump's inauguration. Following the election, privacy groups had called on the Obama administration to roll back the US surveillance apparatus prior to leaving office, amid fear that Trump would abuse the various data collection programs.

Describing the incoming administration as a "strong headwind" to democracy, the groups urged the president to ensure surveillance reforms go through, including a "permanent disposal" of collected data. "No less than our shared legacy of a vibrant democratic government is at stake," said a Nov. 21 letter, and signed by the Electronic Frontier Foundation and the Center for Democracy and Technology, among others.

Trump has come under fire for various policies that would in some cases appear to contravene domestic and international law, such as a return to methods of torture and the killing of terrorist families. In an op-ed in November, Trevor Timm, the executive director of the Freedom of the Press Foundation, said that unless Obama intervenes, the outgoing president would be handing the surveillance state to "a maniac," referring to President-elect Trump. "It will go down in history as perhaps President Obama's most catastrophic mistake," he said.