It looks like Internet users never learn from their own mistakes. A research published the past weekend by Keeper Security reveals that the most popular password in 2016 was “123456,” which is arguably the password that can be not hacked, but guessed the easiest. 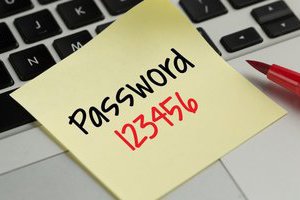 No less than 17 percent of the users set this particular password for their accounts, the research reveals after the parent company analyzed data from 10 million passwords that went public after breaches.

“Looking at the list of 2016’s most common passwords, we couldn’t stop shaking our heads. Nearly 17 percent of users are safeguarding their accounts with ‘123456.’ What really perplexed us is that so many website operators are not enforcing password security best practices,” the firm says.

And although users would be the first to blame for these super-easy-to-guess passwords, Keeper Security says website administrators are also at fault for people sticking with passwords like “password” because they do not enforce more advanced rules to force them to use more complex numbers and letters combinations.

“We can criticize all we want about the chronic failure of users to employ strong passwords. After all, it’s in the user’s best interests to do so. But the bigger responsibility lies with website owners who fail to enforce the most basic password complexity policies. It isn’t hard to do, but the list makes it clear that many still don’t bother,” the research notes. There are 10 simple rules on how to use passwords:

For what it’s worth, here are the top most common passwords of 2016, but please, just please, do not use this list to as source of inspiration for your next password: