How to protect your iCloud Keychain from the NSA

Apple has released a massive update to its “iOS Security” white paper for IT professionals. 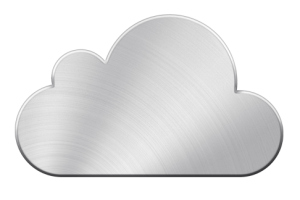 It contains more information on iOS security than Apple has ever shared publicly before, including extensive details on Touch ID, Data Protection, network security, application security, and nearly all security-related features, options, and protective controls.

For the first time, we have extensive details on iCloud security. For security professionals like myself, this is like waking up and finding a pot of gold sitting on my keyboard. Along with some of the most impressive security I’ve ever seen, Apple has provided a way to make it impossible for agencies like the NSA to obtain your iCloud Keychain passwords.

The paper is incredibly dense, even getting to the level of detail of which flavor of particular encryption algorithms are used in which security controls. I will likely be digesting it for months, but one particular section contained an important nugget that explains why the NSA can’t snoop on your iCloud Keychain passwords.

While strong, random passwords are essential for protecting your digital life, if you were to lose them, you’d be locked out of everything. It is thus in Apple’s interest to ensure that these passwords sync consistently, and that they are as protected from loss as is possible, for both you and Apple.

This means Apple needs to keep a backup copy of your keychain. Especially with recent fears of government snooping, trusting the keys to your digital life to a large company is a daunting prospect.

Apple designed iCloud Keychain and Keychain Recovery so that a user’s passwords are still protected under the following conditions:

Secure Sync –  When you sync your keychain, Apple doesn’t actually keep a master copy in iCloud. The first device to enter the circle of trust (like an iPhone) creates a syncing identity using paired public and private keys (called asymmetric cryptography, which is very well understood and widely used). A key pair is generated, the public key is signed by the private key, and then the public key is encrypted by a key derived from your iCloud password. The signed circle of trust is placed in iCloud, but your private key never leaves your device.

At this point, iCloud has the public key from your device, encrypted with your iCloud password, and signed (so no one can fake it or modify it) with the private key on your device, but your keychain itself isn’t in iCloud.

When a new device is approved, the same process happens on that device, and the approved public key is signed and added to the circle of trust on each device and in iCloud (using yet more encryption). This is tied to notifications sent to existing devices in the circle and yet more cryptographic signing (and your iCloud password) to ensure someone can’t cheat the process and register their own device.

When passwords are added or changed, Apple syncs only the individual keychain items to other devices that need the update, one at a time. In other words, each keychain item is sent only to each device that needs it, the item is encrypted so only that device can read it, and only one item at a time passes through iCloud.

To read it, an attacker would need to compromise both the key of the receiving device and your iCloud password. Or re-architect the entire process without the user knowing. Even a malicious Apple employee would need to compromise the fundamental architecture of iCloud in multiple locations to access your keychain items surreptitiously. Even stealing your iCloud username and password wouldn’t provide an attacker access to your keychain. The attacker would also need a device currently in the circle of trust to approve the new one, and for you to not notice the approval notifications on every other device already in the circle.

Apple could technically subvert the process, for malicious reasons or at the behest of a large government agency, but not easily, not without changing the architecture (the notification and approval piece), and not without incurring serious legal liability now that the details have been published.

Secure Recovery – Unlike sync, which sends only one keychain item at a time, iCloud Keychain Recovery does back up your entire keychain in iCloud.

Apple created a secure escrow service to handle this complex process in a highly secure way. Your keychain is encrypted with a strong key and stored in iCloud. The strong key needed to decrypt it is then itself encrypted with a new iCloud Security Code and the public key of special encryption hardware known as an HSM (Hardware Security Module). In my work as a security analyst, I write a lot about HSMs, which are tamper-resistant, highly secure hardware devices used by banks, governments, and major corporations to manage encryption and keys.

Don’t feel bad if it’s hard to understand. It took me a while to figure this out, despite Apple’s clear documentation and the fact that I earn my living in part by advising HSM vendors.

The recovery process also requires your phone number, since Apple sends a text message you must reply to as part of the recovery process. You also need your iCloud username and password to request a recovery, and your iCloud Security Code to unlock your keys. That’s three pieces that are required before the keychain is opened. If someone tries to compromise your account but fails a few times, your account locks up and the only way to try again is to call Apple support. After that, 10 failures and the HSM destroys your escrow record, locking your keys away forever.

Just to be safe, Apple destroyed the administrator access cards for the HSMs, and set them to delete all the keys if any unauthorized access is detected. Then, all users are sent a notification to re-enroll before they lose their keys, and re-enrolling moves them to a different HSM cluster.

As I mentioned, part of my day job is advising large businesses and security vendors. I rarely see this level of security, and it’s especially rare to destroy the administrative smart cards required to access the HSM.

How to NSA-proof Keychain Recovery -- Despite all this, there is still the possibility Apple could, at the behest of law enforcement agencies, modify the process or compromise the HSMs and use that to access keychains and all the stored passwords. However, thanks to the destruction of the admin access cards, this could only affect new enrollments.

The reason for the HSMs is that neither a four-digit value for the iCloud Security Code (the default), nor a long user code (a second option), is good enough to generate a cryptographically sound key, because there simply isn’t enough entropy. Apple was worried that someone could guess your iCloud Security Code, and the HSMs and key escrow process defend against that. 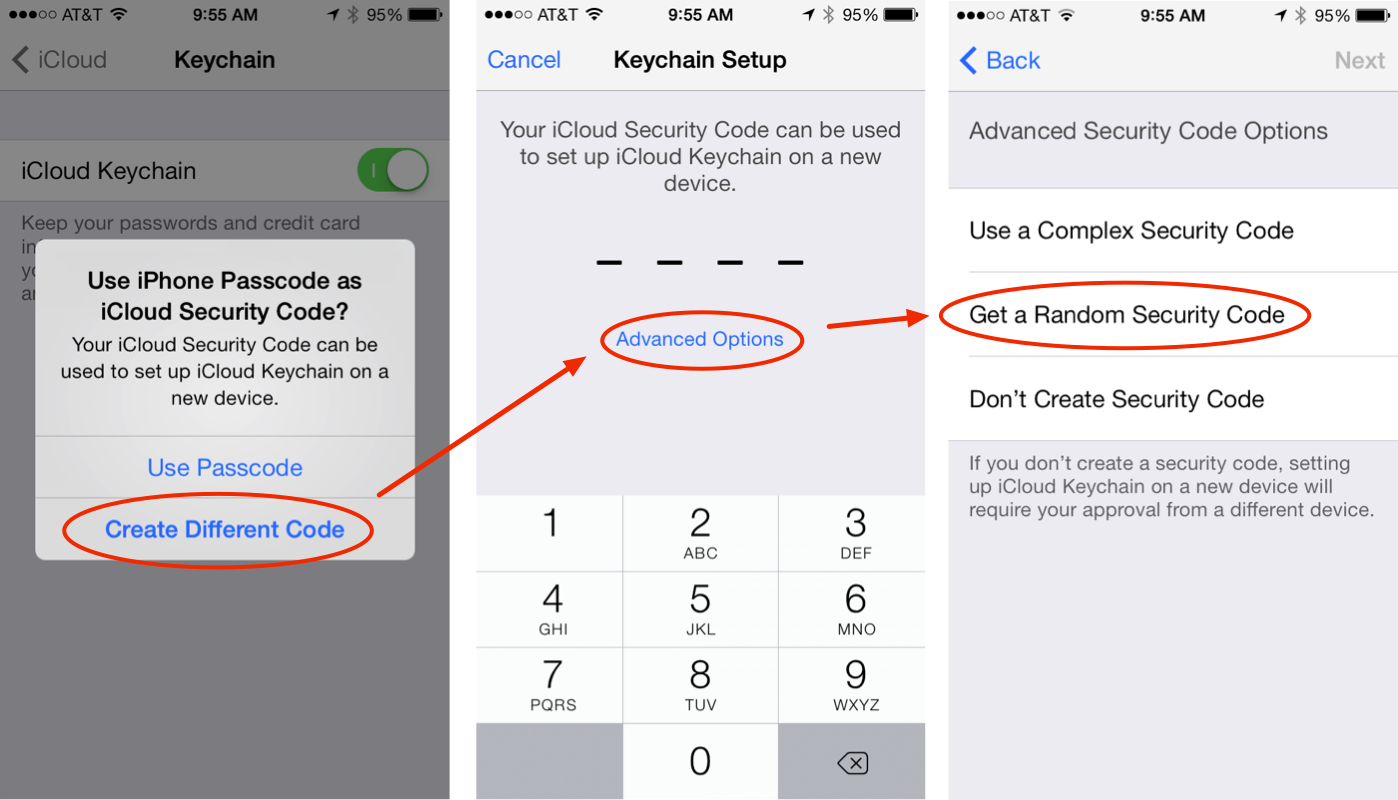 When you do this, your device generates a totally random iCloud Security Code that contains so much entropy that you don’t need the HSMs, since it is theoretically impossible to break via brute force using current (and foreseeable) techniques and technology. Select this option and the original random key protecting your keychain is wrapped with a key generated using this random iCloud Security Code, is never sent to Apple, and can’t be intercepted.

Without this random iCloud Security Code (store it in a password management tool like 1Password or LastPass, and make a paper backup — with good handwriting! — and store it securely), there is no way to decrypt your keychain from iCloud, and it is protected even if you-know-who steals a copy.

This entire process is impressive, with options to satisfy even the most paranoid, and it’s reassuring to see Apple putting so much thought and effort into maintaining the security of our data.

There are many more interesting details in the full iOS Security white paper that we hope to share with you in the future.