Supercell, the developers of mobile game Clash of Clans, has confirmed the details of users on its official community forum that have been stolen by hackers. A breach notification website, LeakBase, claims that the leak involves roughly 1.1 million accounts. 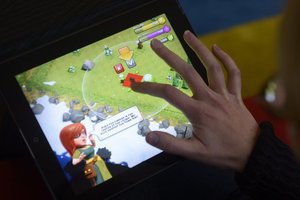 The hacked information reportedly includes usernames, email addresses, hashed passwords and IP addresses, according to experts who obtained and verified a small number of the forum's total accounts. Like many hacks before it, the incident has been blamed on forum-making software vBulletin.

On Wednesday (18 January 2017), the Helsinki-based firm released a statement about the incident. It was titled "Your Supercell forum password may be at risk" and claimed that the team had uncovered evidence the initial breach took place in September last year. It said: "To provide our forum service we use software from vBulletin.com. We're currently looking into [a] report that a vulnerability allowed third-party hackers to gain illegal access to some forum user information, including a number of emails and encrypted passwords.

"We take any such breaches very seriously and we follow very strict policies when it comes to security. This breach only affects our forum service. Game accounts have not been affected. We also strongly advise you to change the password in any other systems you are using with the same login. Matching credentials should not be used on multiple sites."

The firm claimed the security vulnerability exploited by the hacker has since been fixed, however did not comment on either the scope of the hack or if any accounts have been actively broken into. In cases like this, the information typically ends up for sale on the 'dark web'.

"When you look at the history of vBulletin sites being hacked, it's rarely zero-day vulnerabilities so we're usually not looking at an attack and saying 'Wow, we've never seen that before!' he wrote in a blog post," referencing a type of exploit that is known only by the hacker.

"Of course this does sometimes happen but vBulletin issues patches, people take them then we all move on. In theory. But in all seriousness, the next time you see [a vBulletin leak], take a look at the version number of the site in question and see just how out of date it was."