Android phones could be vulnerable to a fricking WAP attack

Someone send Samsung's pr people some biscuits or something, they could do with a break. 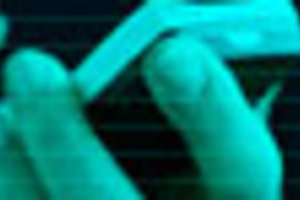 Not only have the poor bastards had to endure the news that the company that they work for released a phone that can catch fire.

But now a security firm called Context says that its Galaxy phones are vulnerable to an SMS attack that can be triggered remotely and turn users' devices into the sort of thing that young people in pyjamas are supposed to rescue from the floor of swimming pools. A brick. Context starts by telling us that Android phones are vulnerable to these SMS attacks and that the victim will be subjected to ransomware shakedowns. It explained that this option only happens after the user has carried out a factory reset, which might make people facing demands come to a quick decision about whether to just throw their phone in the sea or not.

Older Samsung models, the kind that are not incendiary devices, were particularly vulnerable to an attack where the whole sticky process could be remotely triggered. The attack uses the push techniques that service providers do to send software updates. This is WAP, and that is 17-year-old technology. WAP is the problem here, specifically the WAP Push function.

"WAP Push can be used to transport data for a multitude of applications but it was the Open Mobile Alliance Client Provisioning (OMA CP) protocol that allows remote device provisioning and configuration, which was the one that caught our eye and led to the discovering of the vulnerabilities," said Tom Court, a Senior Researcher at Context.

You are probably OK if you have a more modern phone, and an old one, as long as you have had the right kind of WAP Push update. "Modern mobile devices are generally difficult for attackers to exploit due to increasing protection offered by the operating systems, but all phones still rely on old, complex technologies for basic functionality that are often poorly understood and documented, leaving room for bugs and ambiguities to exist," added Neil Biggs, head of research at Context.

"The complexity of exploiting Android devices has escalated to the point where an attacker usually requires a chain of bugs to achieve the desired effect and just looking at one specific technology we found four separate bugs." Context ran to Samsung with what it had found and Samsung apparently threw themselves at a fix up.

"We found bugs in Samsung Galaxy phones that can be triggered remotely via SMS, which when combined provide opportunities for ransomware peddlers," experts explained. "Samsung Mobile Security Team were quick to fix the issues, providing a decent example of how coordinated disclosure should happen."