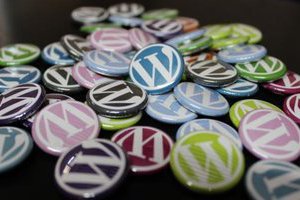 This vulnerability would an unauthenticated interloper to modified basically any content that they would see fit. Posts, pages, all fair game. This is anything but a small issue and from what I’ve read thus far, trivial to exploit by an attacker. The issue in this case was discovered by a security researcher at Sucuri.

For the uninitiated, Wordpress is an open source CMS platform that was first introduced to the world in May 2003. Matt Mullenweg wrote Wordpress and released it 13 years ago and now it can be found installed on at least 18 million sites according to analytics site, BuiltWith. The audience measurement company Quantcast, estimates almost 26% of the top 10,000 websites are running Wordpress. Based on the most recent data on BuiltWith only 93,981 websites were running version 4.7 or better.

To be fair, Wordpress is a great platform from the perspective of a blogger. I’ve used it myself for many years but, let’s be honest. Security has always been a bit of sticky wicket to contend with in this case. Case in point, the website WPScan Vulnerability Database listed 6143 security issues which affect Wordpress since the first version was released.

Sucuri, the company that discovered the issue worked closely with Wordpress to ensure that the issue was dealt with in short order. It was patched and the fix was made available in release 4.7.2 to sites on January 26th. While this fix has been pushed out to many sites there will invariably be stragglers that need to be patch as soon as possible.

On the question of “Am I affected?” From Sucrui’s post: “This privilege escalation vulnerability affects the WordPress REST API that was recently put into widespread use across WordPress sites with the introduction of official API endpoints in version 4.7. One of these endpoints allows access (via the API) to view, edit, delete and create posts. Within this particular endpoint, a subtle bug allows visitors to edit any post on the site. The REST API is enabled by default on all sites using WordPress 4.7 or 4.7.1. If your website is on these versions of WordPress then it is currently vulnerable to this bug.”

Do you manage a Wordpress site or know someone who does? Are they patched to current? It is time to beat the bushes and make sure that this problem is mitigated as soon as possible. Something like this has a relatively short turnaround time before we can expect to see it in something like Metasploit or worse.

The folks at Surcuri posted this in closing on their blog post: "This is a serious vulnerability that can be misused in different ways to compromise a vulnerable site. We are hiding some technical details to make it harder for the bad guys, but depending on the plugins installed on a site, it can lead to a RCE (remote command execution). Also, even though the content is passed through wp_kses, there are ways to inject Javascript and HTML through it. Update now!”

No mucking about here. This is an issue that needs to be dealt with as soon as possible especially if you do not currently have automatic updates enabled or any sort of WAF protection in front of your web property. Wordpress has posted more information pertaining to 4.7.2 and my day job, Akamai, has a post on this as well. Now be sure to strap in as it is going to be a bumpy ride for the next few days.