A series of remotely exploitable vulnerabilities exist in a popular web-based SCADA system made by Honeywell that make it easy to expose passwords and in turn, give attackers a foothold into the vulnerable network. 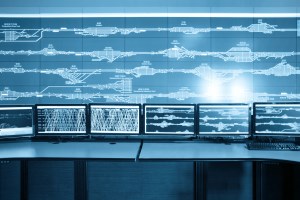 The flaws exist in some versions of Honeywell’s XL Web II controllers, systems deployed across the critical infrastructure sector, including wastewater, energy, and manufacturing companies.

An advisory from the Department of Homeland Security’s Industrial Control Systems Cyber Emergency Response Team (ICS-CERT) warned about the vulnerabilities Thursday. According to ICS-CERT, specifically Honeywell’s XL1000C500 XLWebExe-2-01-00 and prior, and XLWeb 500 XLWebExe-1-02-08 and prior are vulnerable. The company has developed a fix, version 3.04.05.05, to address the issues but users have to call their local Honeywell Building Solutions branch to receive the update, according to the company.

The controllers suffer from five vulnerabilities in total but the scariest one might be the fact that passwords for the controllers are stored in clear text. Furthermore, if attackers wanted to, they could disclose that password simply by accessing a particular URL.

An attacker could also carry out a path traversal attack by accessing a specific URL, open and change some parameters by accessing a particular URL, or establish a new user session. The problem with starting a new user session is that the controllers didn’t invalidate any existing session identifier, something that could have made it easier for an attacker to steal any active authenticated sessions.

Maxim Rupp, an independent security researcher based in Germany, dug up the bugs and teased them on Twitter at the beginning of January. He described them in depth in a blog post earlier this week.

Rupp has identified bugs in Honeywell equipment before. Two years ago he discovered a pair of vulnerabilities in Tuxedo Touch, a home automation controller made by the company, that could have let an attacker unlock a house’s doors or modify its climate controls.

It’s unclear how widespread the usage of Honeywell’s XL Web II controllers is. While Honeywell is a US-based company, according to ICS-CERT’s advisory the majority of the affected products are used in Europe and the Middle East.

When reached on Friday, a spokesperson for Honeywell confirmed that the affected controllers are used in Europe and the Middle East. The company also stressed that the vulnerabilities were patched in September 2016 after they were reported in August.