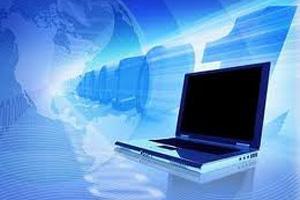 The government said last month it would relax rules restricting what details companies can disclose about Foreign Intelligence Surveillance Act (FISA) court orders they receive for user information. Several companies, including Google and Microsoft, sued the government last year, seeking the ability to disclose more of that data.

Microsoft General Counsel Brad Smith said on Monday the latest data showed that the info the government has asked online companies to turn over has not been as vast as some feared.

"We have not received the type of bulk data requests that are commonly discussed publicly regarding telephone records," Smith said. "This is a point we've publicly been making in a generalized way since last summer, and it's good finally to have the ability to share concrete data."

Between 15,000 to 15,999 Microsoft-user accounts were the subject of FISA court orders requesting content during the first six months of 2013, the company said.

Still, Smith cited media reports - based on Snowden's leaked documents - that the government may have intercepted user information without tech companies' knowledge or cooperation, by tapping into communications cables that link Google and Yahoo datacenters.

"Despite the President's reform efforts and our ability to publish more information, there has not yet been any public commitment by either the U.S. or other governments to renounce the attempted hacking of Internet companies," he said on Microsoft's blog. "We believe the Constitution requires that our government seek information from American companies within the rule of law."

Google said that between 9,000 and 9,999 of its users' accounts were the subject of such requests during the period, while Facebook said it received FISA content requests for between 5,000 to 5,999 members' accounts.

Yahoo said between 30,000 and 30,999 of accounts received FISA requests for content, which it said could include words in an email or instant message, photos on its Flickr photo-sharing service and address book or calendar entries.

The companies released the information on their respective blogs. The various requests affected a fraction of a percent of the hundreds of millions of users each company says employ its online services, from email and search to social networking.

In terms of aggregate requests, Microsoft, Google and Facebook said they each received between 0 and 999 FISA content requests during the first six months of 2013. The companies are required to report the number of requests in increments of 1,000, and can only report the data with a six-month delay, under the relaxed rules.

The three companies also said they had received between 0 and 999 "non-content" FISA orders between January and June 2013, seeking general information such as user names.