InterContinental Hotels Group (IHG), parent company to Crowne Plaza, Holiday Inn and Kimpton Hotels and Resorts, confirmed on Friday a breach of payment card systems used in 12 of its hotels located in North America and the Caribbean. 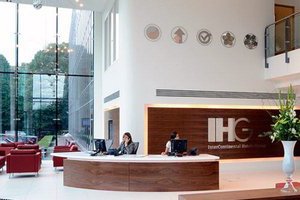 According to IHG, which operates 5,000 hotels worldwide, malware was found on servers used to process credit cards. The servers were infected between last August and December; the company declined to say how many payment cards were impacted.

In a statement released Friday, IHG said it found malware installed on servers used at popular destinations such as Michael Jordan’s Steak House and Bar in Chicago, the Holiday Inn San Francisco Fisherman’s Wharf, the Copper Lounge in Los Angeles, and the Palm Bar in Aruba. A full list of locations impacted was posted by IHG. The hotelier reported on Dec. 28 that it was investigating customer complaints of unauthorized charges on credit cards. At the time, the company said only a limited number of destinations were impacted before revealing more details on Friday.

“Findings show that malware was installed on servers that processed payment cards used at restaurants and bars of 12 IHG managed properties,” according to a statement. “Cards used at the front desk of these properties were not affected.” According to IHG, the malware searched for magnetic stripe track data as it was being routed through servers. Track data included cardholder name, card number, expiration date and internal verification code. There is also no information provided on the strain of malware used in the attacks.

Hotels, restaurants and other hospitality outlets are frequently singled out as victims of opportunistic hackers. Last year alone there were nearly a dozen reports of card breaches. One of those breaches occurred in August and included 20 hotels run by HEI Hotels and Resorts, which owns chains Marriott, Sheraton, and Westin. Similarly, malware was used to siphon payment card data. The prevalence of malware use to steal payment card data hit a peak in 2014 when it was at the center of several high-profile breaches, including Target and Neiman Marcus.

As recently as last November, security researchers at Trustwave said the Carbanak cybercrime gang, first discovered by Kaspersky Lab, had shifted strategy and began targeting the hospitality and restaurant industries with new techniques and malware. Part of the Carbanak tactics involved targeting hospitality call centers with elaborate ploys to get customer service representatives to accept and download emails with malicious macro-laced documents. The target was credit card data scraped from the memory of point-of-sale systems. “We have been working with the security firms to review our security measures, confirm that this issue has been remediated, and evaluate ways to enhance our security measures,” IHG wrote in a statement regarding the breach.