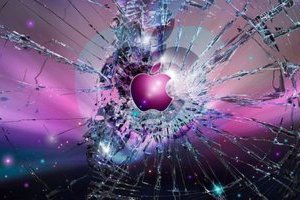 Like its counterparts for other platforms, the Mac version of Xagent is a modular backdoor that can be customized to meet the objectives of a given intrusion, researchers from antivirus provider Bitdefender reported in a blog post published Tuesday. Capabilities include logging passwords, snapping pictures of screen displays, and stealing iOS backups stored on the compromised Mac. The discovery builds on the already considerable number of tools attributed to APT28, which other researchers call Sofacy, Sednit, Fancy Bear, and Pawn Storm.

According to researchers at CrowdStrike and other security firms, APT28 has been operating since at least 2007 and is closely tied to the Russian government. An analysis Bitdefender published last year determined APT28 members spoke Russian, worked mostly during Russian business hours, and pursued targets located in Ukraine, Spain, Russia, Romania, the US, and Canada.

"Our past analysis of samples known to be linked to APT28 group shows a number of similarities between the Sofacy/APT28/Sednit Xagent component for Windows/Linux and the Mac OS binary that currently forms the object of our investigation," the Bitdefender researchers wrote in Tuesday's report. "For once, there is the presence of similar modules, such as FileSystem, KeyLogger, and RemoteShell, as well as a similar network module called HttpChanel."

Another similarity is a file path found in the Xagent binary that indicates it was created by the same developer who wrote Komplex, which is a first-stage trojan that Sofacy uses to infect targeted machines. It was discovered in September by researchers from Palo Alto Networks. Bitdefender researchers suspect the Mac version of Xagent is being planted by Komplex.

Once successfully installed, the backdoor checks if a debugger is attached to the process. If it detects one, it terminates itself to prevent execution. Otherwise, it waits for an Internet connection before initiating communication with the C&C servers. After the communication has been established, the payload starts the modules. Our preliminary analysis shows most of the C&C URLs impersonate Apple domains.
Once connected to the C&C, the payload sends a HelloMessage, then spawns two communication threads running in infinite loops. The former uses POST requests to send information to the C&C, while the latter monitors GET requests for commands.

Where do the Mac OS spy modules fall into place?
The analysis reveals the presence of modules that can probe the system for hardware and software configurations, grab a list of running processes and run additional files, as well as get desktop screenshots and harvest browser passwords. But the most important module, from an intelligence-gathering perspective, is the one that allows the operator(s) to exfiltrate iPhone backups stored on a compromised Mac.
Tags:
hackers Mac OS X information leaks
Source:
Ars Technica
1762
Other NEWS
3 Jul 2020