Apple has reportedly acquired Israeli startup RealFace, which makes facial recognition software to authenticate users by simply showing their mug, rather than having to enter a password or fingerprint. 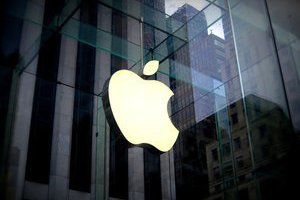 RealFace's website was offline Sunday morning and contact information was unavailable. Tel Aviv-based RealFace launched in 2014 and its first product was an app called Pickeez, which selected a user's best photos from various platforms using its RealFace recognition software. Apple already does this to a certain extent using iOS 10's facial-recognition software for photos. But recent rumors indicate Cupertino could be looking to add facial recognition as an authentication tool.

Several sites have floated the theory that the rumoroed iPhone 8 could have an embedded iris scanner that would let you unlock the phone by looking at it and another report speculates that the next iPhone will include tech like RealFace's as an alternative (or perhaps supplement) to the current Touch ID fingerprint scanner authentication system.

RealFace had raised $1 million prior to Apple's buy and employs up to 10 people, according to Startup Nation Central. It has customers in China, Israel, Europe and the US. This would be Apple's fourth acquisition in Israel. It bought flash memory maker Anobit in 2011, 3D sensor company PrimeSense in 2013 and camera tech company LinX in 2015.