Malware hijacks microphones to spy on businesses, scientists and media

Researchers have uncovered an advanced malware-based operation that siphoned more than 600 gigabytes from about 70 targets in a broad range of industries, including critical infrastructure, news media, and scientific research. 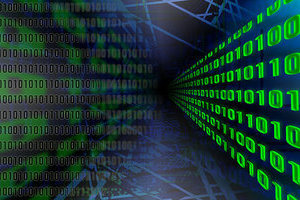 Once compromised, infected machines upload the pilfered audio and data to Dropbox, where it's retrieved by the attackers. The researchers have dubbed the campaign Operation BugDrop because of its use of PC microphones to bug targets and send the audio and other data to Dropbox. "Operation BugDrop is a well-organized operation that employs sophisticated malware and appears to be backed by an organization with substantial resources," the CyberX researchers wrote.

"In particular, the operation requires a massive back-end infrastructure to store, decrypt, and analyze several GB per day of unstructured data that is being captured from its targets. A large team of human analysts is also required to manually sort through captured data and process it manually and/or with Big Data-like analytics."

Examples of targets infected in the campaign include:

Most of the 70 organizations known to have been infected in Operation BugDrop are located in Ukraine, a country that in December suffered a hacker-caused power outage. It came almost exactly a year after a 2015 attack on Ukraine's power grid that caused 225,000 residents to lose electricity.

In both cases, the power facilities had been hacked weeks or months before the outages so that attackers could gather passwords for targeted servers and workstations and create custom malware for them. CyberX CTO and cofounder Nir Giller told Ars that the campaign siphoned at least 600 gigabytes of data from its targets. Other countries affected included Saudi Arabia and Austria.

There's no evidence that the same attackers are responsible for both Operation BugDrop and the Ukrainian power outages. Still, similarities abound. Both targeted a broad range of industries in the same geographic region. And both relied on e-mails that tricked targets into enabling malicious macros included in Microsoft Word documents.

Some examples of the way Operation BugDrop is more sophisticated include:

To become infected, targets had to open the malicious Word document attached to the phishing e-mail and enable macros. To increase the chance targets would change this default setting, the Word document included a graphic that looked like an official Microsoft notification. It read: "Attention! The file was created in a newer version of Microsoft Office programs. You must enable macros to correctly display the contents of a document." 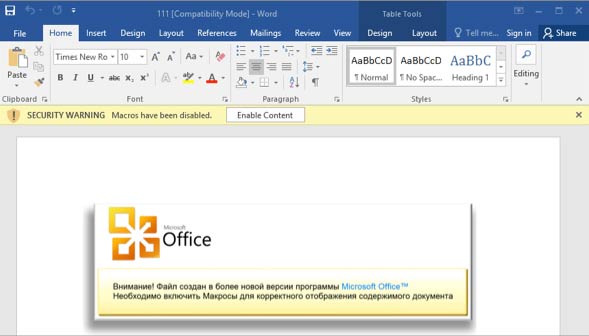 CyberX researchers stopped short of identifying a specific country involved but said Operation BugDrop was almost surely the work of a government with nearly limitless resources. "Skilled hackers with substantial financial resources carried out Operation BugDrop," they wrote. "Given the amount of data analysis that needed to be done on [a] daily basis, we believe BugDrop was heavily staffed. Given the sophistication of the code and how well the operation was executed, we have concluded that those carrying it out have previous field experience."