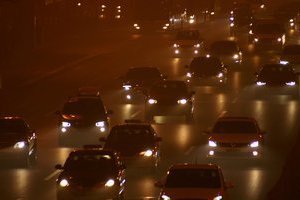 The compulsory measure, which came into force this week and could eventually affect hundreds of thousands of vehicles, is being rolled out in the Bayingolin Mongol Autonomous Prefecture of Xinjiang, a sprawling region that borders Central Asia and sees regular eruptions of deadly violence.

The move comes amid an apparent spike in killing that authorities blame on Islamist extremists and separatists but experts say is also fuelled by ethnic friction between Han Chinese migrants and members of the predominantly Muslim Uighur minority to whom Xinjiang is home. Since last Thursday mass anti-terror parades involving thousands of heavily armed troops have been staged in three of Xinjiang’s most important cities following two deadly attacks in which more than a dozen people were slain.

A statement posted on a website run by the propaganda office of Bayingolin’s government, Loulan News, said the order to install GPS trackers would help “ensure social security and safety and promote social stability and harmony”. “There is a severe threat from international terrorism, and cars have been used as a key means of transport for terrorists as well as constantly serving as weapons. It is therefore necessary to monitor and track all vehicles in the prefecture,” an earlier announcement stated.

Between 20 February and 30 June all private, secondhand and government vehicles as well as heavy vehicles such as bulldozers and lorries will have to comply with the order by installing the China-made Beidou satellite navigation system. Drivers who refuse to do so will not be allowed to fill their tanks at petrol stations.

Recent years have seen radicals with links to Xinjiang use vehicles to carry out a series of terror attacks in China including a May 2014 market bombing in the capital Urumqi and an attack in Beijing’s Tiananmen Square in October 2013. Vehicles have also been used to commit attacks on civilians in Nice and Berlin.

Yang Shu, a terrorism expert at Lanzhou University in north-west China, said the tracking devices would help bolster the government’s fight against terror in a vast but sparsely populated region where about 1.5 million residents are spread over an area almost twice the size of the United Kingdom.

“The prefecture has a large area and a small population so there are many blind spots that are difficult in terms of government surveillance.” Yang said the installation of such devices – which he believed was part of a pilot project that would eventually be rolled out across Xinjiang – was far cheaper than putting up tens of thousands of security cameras.

James Leibold, a Xinjiang expert from Australia’s La Trobe university, said that ever since deadly ethnic rioting in 2009 authorities had gradually been transforming the region into a police state in a bid to halt the killing. “There has been tremendous investment in both low-tech and hi-tech methods of surveillance,” he said.

“That does have an effect. It probably pushes resentment further underground. Of course you are going to have violent events from time to time but at the same time I think a lot of Uighurs probably realise that any attempt to resist is going to result in their death and serious troubles for their families. And most of them would just keep their heads down, I think.”