Malware-ridden Android app is behind a botnet targeting UK banks

Security doom-monger ESET has let off a warning about a threat that it once warned about and has now come to its dreadful fruition. 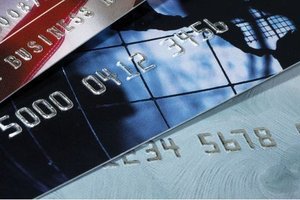 ESET says that some Android banking malware that it recently found on Google Play is back in the wild and is back targeting banks. It explains that the source code for the malware was released a couple of months ago - we are surprised that it has taken this long to come out, to be honest - and says that it was worth the wait, in a way.

"The previous version was detected by ESET as Trojan.Android/Spy.Banker.HU (version 1.1 - as marked by its author in the source code) and reported on February 6," it said in a blog post. "The malware was distributed via Google Play as a trojanized version of a legitimate weather forecast application Good Weather. It could lock and unlock infected devices remotely, as well as intercept text messages."

"Last Sunday, we discovered a new version of the trojan on Google Play, masquerading as yet another legitimate weather app, this time World Weather. The trojan, detected by ESET as Trojan.Android/Spy.Banker.HW (version 1.2), was available in the Google Play store from February 14 until being reported by ESET and pulled from the store on February 20."

ESET said that the source code for the malware and the code for the C&C server has been on a Russian forum since December last year. The latest version of the malware and the app share a lot of similarities, however, it also affects more users. The last time around it was mostly Turkish banking people who felt the brunt, but this time around ESET reckons that British, German and Austrian bankers are also affected. British people have suffered enough.

"The newly detected version has essentially the same functionalities as its predecessor. On top of the weather forecast functionalities it adopted from the original legitimate application, Trojan.Android/Spy.Banker.HW is able to lock and unlock infected devices remotely by setting the lock screen password and intercept text messages," added the firm.

"The trojan also has an inbuilt notification functionality, the purpose of which could only be verified after having accessed the C&C server. As it turns out, the malware is able to display fake notifications on infected devices, prompting the user to launch one of the targeted banking apps on behalf of an "important message" from the respective bank. By doing so, malicious activity in the form of a fake login screen is triggered."

If you get it, and you want to get rid of it, the good news is that you can. ESET says that your best method is official security software. It added that you can remove the Weather app manually, and the malware manually too. That might not be an option for everyone. In the short term, we recommend that if you want to know the weather, look out your window.