Google, Levi's to release smart jacket in the fall

Google and Levi's first announced Project Jacquard back in June 2015, promising smart clothes that would be capable of interacting with the mobile devices of the wearer. 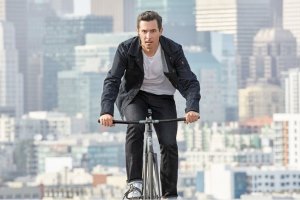 Almost two years later, the unlikely partnership has now revealed that a smart jacket named the Commuter will be released into the market in the fall, with a price tag of $350.

The Commuter jacket was unveiled by Google and Levi's in May of last year at the Google I/O conference as the first product under Project Jacquard. More details regarding the smart clothing was unveiled at SXSW 2017, including its price tag of $350 once it is launched in the fall. As seen at last year's Google I/O, the Commuter jacket features a left sleeve that has a capacitive touchpad that allows users to input commands through taps or swipes.

The jacket will come with the accompanying Project Jacquard app that will allow users to set its so-called abilities. For example, a user can set a double tap on the left sleeve will start playing the music on his smartphone, and that a swipe up could tell the user the time. Google, however, is still trying to figure out how third-party developers will be able to use the platform that is enabled by the technology.

The user interface of the Project Jacquard app is also very simple, with a quick drag-and-drop method utilized to make it easy for users to assign functions to the different commands recognized by the Commuter jacket. According to Levi's, it is also working to add support for more gestures that will be added later on, which would increase the ways that wearers can interact with their smart jacket. Battery life for the Commuter jacket is also said to last for two days, with charging to be done through a USB connection.

The Evolution Of Wearable Tech

The fall release of the Commuter jacket makes a lot of sense, as its denim material will be beneficial for customers against the coming cold of winter. Levi's will also likely introduce some kind of water protection to give it resistance against rain, to make it a fully functioning jacket with smart capabilities.

Aside from the black cuff on the jacket's sleeve, the Commuter looks very much like any other Levi's product, and that is actually a good thing. First and foremost, there is no trade-off for style and comfort for customers to incorporate wearable technology into their daily lives, people might not even notice that the wearer is using a smart jacket.

As such, the Commuter jacket could actually be the first truly practical piece of wearable technology, as it does not push the smart capabilities too hard to the point that it becomes cumbersome to use.

With the conductive yarn incorporated into the Commuter jacket being the backbone of Project Jacquard, the initiative's goal of releasing an entire ecosystem of smart clothing is not only possible, but perhaps something that customers can look forward to.