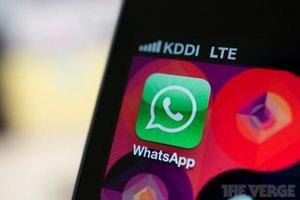 In the WhatsApp case, Check Point was able to craft a malicious image that would appear normal in preview, but direct users to a malware-laden HTML page. Once loaded, the page will retrieve all locally stored data, enabling attackers to effectively hijack the user’s account.

“By simply sending an innocent-looking photo, an attacker could gain control over the account, access message history, all photos that were ever shared, and send messages on behalf of the user,” said Oded Vanunu, head of product vulnerability research at Check Point. The vulnerability was reported to both services on March 8th, and both have changed their file upload validation protocols to protect against the attack.

For WhatsApp, a user had to purposefully open the sent image, making the exploit impractical for botnets or mass surveillance. The vulnerability was more difficult to exploit on Telegram, requiring a user to run the video and then open it in a separate Chrome tab — something one Telegram representative described as “a very unusual user interaction.”

“We build WhatsApp to keep people and their information secure,” a WhatsApp spokesperson told. “When Check Point reported the issue, we addressed it within a day and released an update of WhatsApp for web. To ensure that you are using the latest version, please restart your browser.”

Unlike conventional email or chat services, WhatsApp and Telegram have no way of reading messages sent between users, a crucial part of the promise of end-to-end encryption. In this case, that promise may have made it easier for the malicious image to slip through. With no mechanism for intercepting messages in transit, it is far more difficult to scan for viruses or other malicious attacks sent using the service. In November, Check Point uncovered a malware campaign that infected over 1 million Android phones to up-vote products in the Google Play Store.