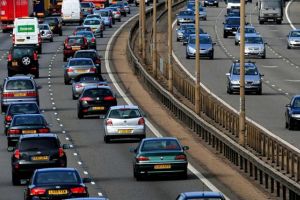 The EC's mobility and transport department reaches new standards of road safety. Car manufacturers could be required to supply basic models featuring new security systems that allow police remotely apply brakes in case of exceeding the speed limit. All other drivers may also be forced to fit their vehicles with speed limit devices.

Surveillance cameras and satellite communications can be used to determine vehicle's speed. Most of new cars feature dashboard computers making the remote communication possible. Some automakers have already experimented with speed-limiting technologies, but the mandatory use of it becomes a matter of dispute.

Supporters of this measure say the intelligent speed authority (ISA) technology may reduce the death toll by a third by 2020. Statistics show that more than 30,000 people die every year on the roads in EU countries and 1.5 million are injured, with 120,000 left permanently disabled.

The officials opposing this measures say they would welcome audible speed alerts, but limiting the speed of vehicles automatically can create a danger on its on. Such systems can also open possibilities to collect transportation data from every device, which may be considered as an invasion of privacy.