Republican lawmakers in the US Senate approved a measure on Thursday designed to kill federal broadband privacy protections and allow internet service providers like AT&T and Verizon to sell your sensitive private information to the highest bidder. 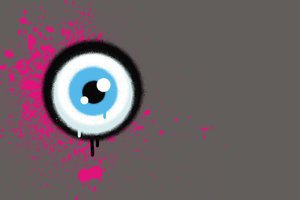 The vote represents the culmination of a year-long campaign by the nation's largest internet service providers (ISPs) and their GOP allies to torpedo Federal Communications Commission rules that require broadband providers to obtain "opt-in" consent before using, sharing, or selling private consumer data.

Consumer advocates and privacy watchdogs responded with outrage, and accused Republican lawmakers of putting the financial interests of a handful of wildly profitable corporate giants ahead of the privacy interests of the American people. The Senate measure, which was spearheaded by Sen. Jeff Flake, the Arizona Republican, is particularly insidious, according to consumer advocates, because it uses a rare legislative vehicle called the Congressional Review Act (CRA), which cannot be filibustered and prohibits the FCC from adopting "substantially similar" privacy rules in the future.

"This vote is a clear sign that American interests come second to those of broadband providers," Dallas Harris, a policy fellow at DC-based digital rights group Public Knowledge, said in a statement. "Without the FCC's broadband privacy rules, Americans go from being internet users to marketing data—from people to the product."

The Senate approved Flake's resolution on a partisan basis by a vote of 50 – 48. Among Flake's Republican co-sponsors were Sen. Ted Cruz from Texas, Sen. Tom Cotton from Arkansas, Sen. Rand Paul from Kentucky, Sen. Mike Lee from Utah, and Sen. Marco Rubio from Florida.

The FCC's privacy policy, which was approved last year, requires ISPs like AT&T and Verizon to obtain "opt-in" consent from consumers before using or selling sensitive user data, including online browsing activity, mobile app data, and emails and online chats. The nation's broadband giants bitterly oppose the policy because it make it harder for them to "monetize" the personal information of consumers.

After the vote, Sen. Flake issued a press release in which he asserted that the FCC's privacy policy "has the potential to limit consumer choice, stifle innovation, and jeopardize data security by destabilizing the internet ecosystem." He added: "Passing my resolution is the first step toward restoring a consumer-friendly approach to internet privacy regulation that empowers consumers to make informed choices on if and how their data can be shared."

Laroia, of Free Press, ridiculed that statement. "Senator Jeff Flake and his colleagues have the audacity to claim it was necessary to overturn the rules to protect people's online privacy," Laroia said. "That's false. Their comments are rhetoric dressed up to cloak their real intentions: letting internet service providers profit off your private information."

The broadband industry had argued that because the FCC's privacy policy doesn't apply to websites like Google and Facebook, which are regulated by the Federal Trade Commission (FTC), the FCC's policy puts ISPs at a competitive disadvantage relative to the Silicon Valley giants. But instead of fighting to bolster the FTC's privacy policy to create a level playing field, Republican lawmakers instead chose to eliminate the FCC's more robust protections.

"This legislation will frustrate the FCC's future efforts to protect the privacy of voice and broadband customers," FCC Commissioner Mignon Clyburn and FTC Commissioner Terrell McSweeny, both Democrats, said in a joint statement. "It also creates a massive gap in consumer protection law as broadband and cable companies now have no discernible privacy requirements. This is the antithesis of putting #ConsumersFirst."

The issue now moves to the House of Representatives, where the legislation is likely to be shepherded through by Rep. Marsha Blackburn, the Tennessee Republican who chairs the House telecom subcommittee and has received colossal sums of campaign cash from the broadband industry.

"This resolution is a vote for big corporate profits over the rights and civil liberties of average people," Nathan White, senior legislative manager at the public interest group Access Now, said in a statement. "The House of Representatives must now stand up for consumers and against the CRA resolution to throw away internet privacy protections."