Tesla and SpaceX founder Elon Musk is launching a new company called Neuralink with the intention of connecting computers directly to human brains, according to a report. 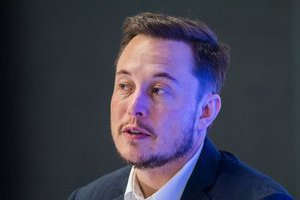 The billionaire entrepreneur, whose other interests include sending humans to Mars, is exploring “neural lace” technology – the implanting of tiny electrodes into the brain that could be used to give direct computing capabilities.

Musk has not officially announced the new company but after the report he tweeted confirming more news of Neuralink would come out next week. He has previously talked about neural laces as something that “somebody’s got to do”, adding: “If somebody doesn’t do it, then I think I should do it.” Neuralink was registered in California as a “medical research” company last July, and experts reported Musk plans on funding the company mostly by himself.

Last month, at the World Government Summit in Dubai, Musk said people would need to become cyborgs to be relevant in a future dominated by AI. He said a “merger of biological intelligence and machine intelligence” would be necessary for humans to stay economically valuable. Currently, brain-computer interfaces are mainly one directional, with the the most common uses enabling some motor control and communication tools for people with brain injuries. There has recently been some success stimulating the brain to “feel”.