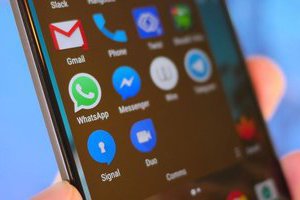 The Federation of German Consumer Organisations (Verbraucherzentrale Bundesverband, or VZBV) asked the Berlin county court for an injunction to stop the data-sharing, and to ensure that Facebook deletes the data that WhatsApp has already given it. The VZBV accused the companies of abusing users' trust.

The move follows Facebook's failure to agree to a cease-and-desist request that the VZBV issued in September last year, a month after Facebook changed WhatsApp's terms and conditions to allow the data-sharing. Shortly after the VZBV made its demand, Hamburg's data protection authority also ordered Facebook to stop importing WhatsApp data. When Facebook acquired WhatsApp back in 2014, the messaging service promised to maintain its strong privacy policies. However, the new terms of service give Facebook the ability to access WhatsApp users' phone numbers and various analytics details, such as screen resolution and device identifiers. The purpose here is to help Facebook target ads.

Crucially, WhatsApp now also sends Facebook the phone numbers of its users' contacts, even if those people are themselves not WhatsApp users. This data is intended to make it easier for Facebook to make friend suggestions on its platform. WhatsApp users were given the ability to opt out of Facebook using this data to target ads and recommend friend links, but were not able to stop the data being exported to the social network.

According to the VZBV, Facebook and WhatsApp are breaking European data-protection law through this data-sharing. The body's Berlin suit asks not only for the deletion of already-transmitted data, but also to block eight allegedly illegal provisions in WhatsApp's new terms of service.

"We seek both an injunction to prevent continued application of specific terms and conditions and an order for deletion of the data which we consider to have been transmitted to Facebook illegally, especially data from third parties who are not using WhatsApp," VZBV legal counsel Carola Elbrecht said. "It is our expectation that the court will uphold our complaint."

A WhatsApp spokesperson insisted that the service's terms "comply with applicable law," adding: "They give users a clear and simple explanation of how the service works, as well as choice over how their data is used. The updates also comply with guidelines issued by EU regulators."

In November, the UK privacy regulator forced Facebook to stop importing WhatsApp users' data in that country, and the European Commission's antitrust authority charged Facebook with making "misleading" promises about data separation at the time of the WhatsApp merger. The US Electronic Privacy Information Center also complained to the Federal Trade Commission about the issue, arguing that WhatsApp and Facebook were engaging in "unfair and deceptive practices".

Apart from the various WhatsApp-related data-sharing cases, Facebook's terms are also under investigation by Germany's federal antitrust authority, which is examining whether Facebook uses its overt dominance in the social-networking market to force users into accepting its rules.