Android apps secretly steal users' data by colluding with each other

Android apps are mining smartphone users’ data by secretly colluding with each other, according to a new study. 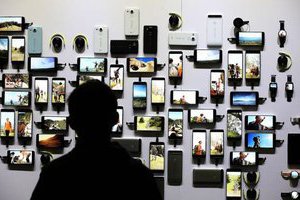 Virginia Tech researchers have found that pairs of apps can trade information, a capability that can lead to serious consequences in terms of security. The team analysed 110,150 apps – including 100,206 of Google Play’s most popular apps – over three years, using a custom-built software tool called DIALDroid.

“Researchers were aware that apps may talk to one another in some way, shape, or form,” said Gang Wang, an assistant professor at Virginia Tech’s department of computer science and one of the co-authors of the research. “What this study shows undeniably with real-world evidence over and over again is that app behavior, whether it is intentional or not, can pose a security breach depending on the kinds of apps you have on your phone.”

The team reports that the types of app fall into two major categories: malware apps specifically designed to launch a cyberattack; and apps that simply allow for collusion and privilege escalation. It added that the biggest security risks came from some of the least capable apps. Users should therefore take more care to read through permissions before downloading an application they might not necessarily need.

Something seemingly innocuous, like a torch app, could for instance leak a user’s geolocation data or contacts. However, the researchers stressed that it isn’t possible to quantify the intentions of the developers of apps that fall into the latter category, so many of them could be colluding entirely unintentionally.

“Of the apps we studied, we found thousands of pairs of apps that could potentially leak sensitive phone or personal information and allow unauthorized apps to gain access to privileged data,” said fellow co-author Professor Daphne Yao.