Since March, Wikileaks has published more than 8,761 confidential documents it claims originated from inside the US Central Intelligence Agency (CIA). 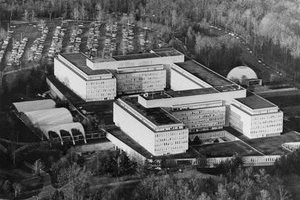 Contained within the whistleblowing organisation's Vault 7 files are details of recent security exploits used by the agency to spy on people.

In particular, the documents claim the CIA developed malware to hack Samsung smart TVs, shared zero-day exploits with UK security agencies, developed anti-forensic tools to avoid detection, and built tools so its code could be disguised as being created in a third-party country. While the CIA has not publicly said the documents are legitimate, security firm Symantec is claiming it has found some of the security vulnerabilities described being used in the wild by a North American hacking group. The organisation, which Symantec is calling Longhorn, is said to have used some of the tools mentioned against 40 different targets in 16 different countries.

"We've been tracking an actor called Longhorn for a number of years and we're aware they're using malware in targeted attacks," Stephen Doherty, research analyst at Symantec told. "Then, more recently, information via Vault 7 came out and Symantec was able to determine that the tools and activity we had been tracking from Longhorn closely match some of the information disclosed in Vault 7."

Longhorn has been active since around 2011 and has used backdoor trojans and zero-day attacks to compromise targets. In particular, Symantec highlights a number of documents from the Vault 7 files that it ties to the group, which is said to have targeted the financial, telecoms, energy, aerospace, information technology, education, and natural resources industries.

"One document is a development timeline for a piece of malware called Fluxwire, containing a changelog of dates for when new features were incorporated," Symantec says in a blog post. The dates within the document "align closely" with the Longhorn Trojan.Corentry tool. "New features in Corentry consistently appeared in samples obtained by Symantec either on the same date listed in the Vault 7 document or several days later, leaving little doubt Corentry is the malware described in the leaked document".

It's predicted that Longhorn is a group from North America and is English-speaking. Internal acronyms used by the organisation indicate this, Symantec says. The group also uses the codeword SCOOBYSNACK in its malware documents, which Symantec says hints that it comes from an English-speaking region.

"They're the types of features we wouldn't say are very common," Doherty says. "We wouldn't see them broadly used". Doherty continued that the documents have confirmed the group, Longhorn, is extremely sophisticated. Symantec added it has been aware of the Longhorn group since 2014 and that its malware is built for "espionage-type operations". It claims the malware is not overt in communicating with its creators and will try to remain hidden for as long as possible.

Elsewhere in the Vault 7 documents is the 'Fire and Forget' document that has been matched to a Longhorn tool called Backdoor.Plexor. Another document is said to outline cryptographic protocols that should be used within malware tools and the practices used within the tools are also used by Longhorn.

A third document outlines cryptographic protocols that malware tools should follow. These include the use of inner cryptography within SSL to prevent man-in-the-middle (MITM) attacks, key exchange once per connection, and use of AES with a 32-bit key. These requirements align with the cryptographic practices observed by Symantec in all of the Longhorn tools.

"While other malware families are known to use some of these practices, the fact that so many of them are followed by Longhorn makes it noteworthy," the firm continued. Doherty added that this is the first time the firm has drawn a connection between the Vault 7 documents and an individual hacking group. "We track a lot of groups and a lot of actors and we haven't seen any specific details that would link to any other malware at the moment," he said.