Smartphone fingerprint scanners are less secure than we are led to believe, according to researchers who have developed “master fingerprints” capable of tricking the sensors. 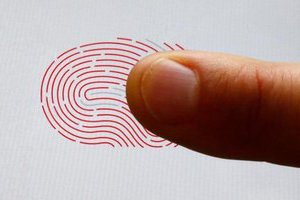 The researchers were able to bypass fingerprint readers, which are used to unlock phones, log in to apps and make payments, using fake fingerprints created by using patterns found across many real prints.

The findings from New York University and Michigan State University call into question the security of the widely-used technology. The researchers were able to create a set of “master prints that could fool a scanner up to 65 per cent of the time. Fingerprint scanners are widely seen as more secure than relying on passcodes to unlock smartphones. Apple says that the Touch ID scanner used on the iPhone has only a one in 50,000 chance of matching with someone else’s finger.

Although the researchers said they had only tested their findings in computer simulations, rather than on real smartphones, they warned that the technology to create artificial physical fingerprints was improving rapidly. Because fingerprint readers on today's smartphones are relatively small, they typically scan different parts of a fingerprint to ensure that just one press of a finger or thumb will successfully activate the sensor.

Only one of these partial scans must be a match for the sensor to unlock a phone, and since many users register multiple fingerprints on a device, there are often dozens of different partial prints registered on a phone. “There’s a much greater chance of falsely matching a partial print than a full one, and most devices rely only on partials for identification,” said NYU’s Nasir Memon, one of the authors of the study, which is published in IEEE Transactions on Information Forensics & Security.

Despite human fingerprints being relatively unique, the researchers said they had found enough similarities between different prints to create synthetic master prints that would successfully imitate many people's fingerprints. Because phones typically allow multiple attempts before deactivating the fingerprint scanner and requiring a passcode, Mr Memon said one could create a glove with five different fingerprints that could get into around half of iPhones before the five tries it allows expires.

Despite widespread trust in fingerprint scanners, some phone manufacturers have introduced other authentication methods. Samsung’s new Galaxy S8 phone has an iris scanner and facial recognition, although the latter has been shown to be fooled by pictures. Smartphone passcodes have also shown to be vulnerable to cracking.

There is a one in 10,000 chance of guessing a four-figure passcode but researchers from Newcastle University have shown that the motion sensors in a phone can give away the numeric codes by detecting how a phone moves when certain areas of the screen are pressed. Previously, Japanese researchers warned that posing with peace signs in pictures could be enough for hackers to copy your fingerprints and unlock a fingerprint-secured phone.