After blitzing FlexiSpy, hackers declare war on all stalkerware makers

A Brit biz selling surveillance tools that can be installed on phones to spy on spouses, kids, mates or employees has been comprehensively pwned by hackers – who promise similar stalkerware peddlers are next. 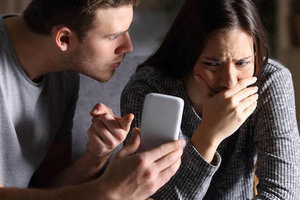 The miscreants, supposedly Brazilian and dubbing themselves the Decepticons, have explained how they, allegedly, easily infiltrated FlexiSpy before snatching its source code and other files, and wiping as many servers as they could. That code has now leaked online, and the gang say they are on the warpath.

"We're just, like, this group of guys, you know? We can hack these people, and we can expose their secrets, but it's up to everyone to make a difference," the team said on Monday. "If you're a spouseware vendor, we're coming for you. Stop, rethink your life, kill your company, and be a better person." FlexiSpy is one of a number of creepy outfits making a living selling borderline-legal code to people who are paranoid that their significant other is cheating on them, or that their kids or staff are up to no good.

Judging by an analysis of the source obtained by the hackers, once quietly slipped onto a victim's mobe, the FlexiSpy software silently records incoming and outgoing calls, rifles through text messages, tracks the device's location, and records interactions with apps like WhatsApp and Tinder. This intelligence is then beamed back to the suspicious spouse or boss.

Basically, it's a total privacy and psychological nightmare. FlexiSpy offers spyware that runs on Android, iOS, Windows PCs and Apple Macs. To infiltrate the developer's servers, the hackers exploited one of the oldest tricks in the book: poor password security. After trying a SQL injection against the company's website they came up empty-handed, but found that the username "test" and the password "test" gave them access to an account on a development box.

Once into that user account, they wriggled through the internal network, eventually stumbling across and accessing FlexiSpy's customer database. Next, they found a few boxes running SSH servers, a Microsoft Exchange server, and some RDP-accessible systems, along with a bunch of web servers, and one CRM instance. They also found a reference to a password – tcpip123 – which worked on the CRM server and granted access to an administrator's account.

Once inside that vault, they decided to hold fire for a bit and observe how FlexiSpy's IT managers responded to the intrusion. After there was no action, the crew went to work and started checking to see if passwords were being reused, so checked root:tcpip123, admin:tcpip123, and Administrator:tcpip123, and so on, on FlexiSpy's various systems.

That got them into three of FlexiSpy's NAS servers, where they found source code backups, HR documents, corporate files, some SSH keys, password backups, and internal network diagrams, as well as access codes for several servers. They also dropped in some malware that harvested the login details for the head of IT for the spy shop.

"By this point, we realized that FlexiSpy didn't give a crap about security, and in order to give us as many different points of access as possible, we deployed Tor across the Linux infrastructure, setting up each server's SSHd as a Hidden Service," the hackers wrote. "We siphoned out as much as we could, stopping for a few weeks to attempt to transfer the EDB files from the Exchange Server, which were over 100GB in size."

Having grabbed the data, the destruction began, it is claimed. FlexiSpy's RAID systems were wiped and the stolen credentials were used to log into Cloudflare, Rackspace, and Amazon accounts and destroy everything that could be found. Finally, they redirected FlexiSpy's domains to Privacy International.

This is all according to the hackers – whatever self-deserved hell the IT staff went through, the biz's website right now seems to be working. FlexiSpy hasn't responded to requests for comment on the matter, but it did post an apology to customers on its Facebook page on April 16 apologizing for "a temporary technical issue affecting the portal."

Meanwhile, another stalkerware vendor, Retina-X, has also apparently been similarly hacked. As many as 130,000 customer records at Retina-X and FlexiSpy have been accessed by the intruders, yet no warning of any security breach has been sent out by either developer, it is claimed.