Four researchers from two universities in Germany have devised a method of turning an antivirus engine’s malware scanning engine into an attack weapon. 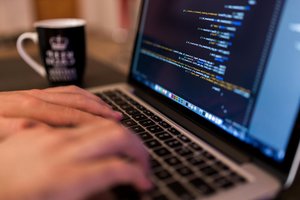 The attack is centered around malware signatures, an old malware identification technique that relies on filters to look for patterns inside the bytes of a file.

These malware signatures are created by malware analysts who study malware samples and create a signature to be used by the antivirus (AV) engine. When the AV engine scans a new file, it looks at the malware signature, which tells it to look between bytes X and Y for certain content. If a file matches this filter, then the AV marks the file as malware and deletes or quarantines the file. The research team says that by finding a way to extract these signatures from the antivirus engine, or inferring the way they work, an attacker could use the AV engine itself to destroy an organization’s files, in so-called “antivirus-assisted attacks.”

The entire idea is that by injecting a copy of the malware signature in legitimate files, the AV engine will destroy legitimate data, or at least quarantine the files, sabotaging or delaying the company’s normal work operations. In their research paper, the four scientists created a method of deriving malware signatures from five malware scanners, one being the open-source ClamAV engine, and four unnamed commercial products.

They then use these signatures to perform three types of attacks: 1) covering up password guessing by removing application logs, 2) deleting a user’s emails and 3) facilitating web-based attacks by removing browser cookies. [Attacks described on page 8 of the research paper]. The researchers propose several mitigation techniques to combat these types of attacks in their research paper, entitled Automatically Inferring Malware Signatures for Anti-Virus Assisted Attacks.

Security experts are not impressed

Nonetheless, their proposed attack has not impressed some infosec experts, such as Dr. Vesselin Bontchev, one of the engineers that worked on designing the macro scanning engine for the F-PROT antivirus engine. “[T]he author seems to [...] think that scanners still rely on "signatures" (i.e., sequences of bytes) to detect malware. This hasn't been the case for most respectable anti-virus products since the early '90s, when the heavily polymorphic viruses became widespread,” Dr. Bontchev told in an email.

“Nowadays much more advanced methods are used for malware detection. In some cases "scan strings" are not used at all,” he added. “Most of the time, scan strings are used only as a hint to the scanner to engage its more sophisticated (but slower) detection algorithms.” “Furthermore, the paper doesn't really describe how to determine ‘what scan string a scanner uses for a particular malware,’ although its author probably believes that it does.”

Antivirus engines weaponized in the past, but not like this

“Regarding the attack, which is secondary to the subject of the paper, I don't recall having seen something *exactly* like this. I mean - intentionally causing false positives in legitimate files, in order to get them damaged by the scanner. I have seen, however, the idea used for different purposes - usually, in order to "mask" some malware and make it look as another to the scanner, e.g., in order to make the scanner damage the infected file when trying to remove the ‘wrong’ malware from it.” “How feasible is it? Well, against ClamAV or similarly crappy products, it's certainly feasible. Against better-designed products? Well...”