The authors of the WannaCry malware, which infected computers in 150 countries two weeks ago, are probably from the southern mainland, Hong Kong, Taiwan or Singapore, according to a US intelligence company.

Forensic linguistic analysis on the malware suggested it was written by native Chinese-speaking people with southern accents, said Flashpoint.

In a report on its website, Flashpoint, which provides global business-risk intelligence, said it came to the conclusion with “high confidence”. Earlier reports based on code analysis suggested North Korean programmers at work. The WannaCry malware locked up data on infected computers and displayed a message in 28 languages demanding a ransom for restoration of the data. The hackers drafted the note in Chinese first, Flashpoint said. Based on the Chinese text, they manually produced an English version, then converted that into other languages using Google’s translation software. 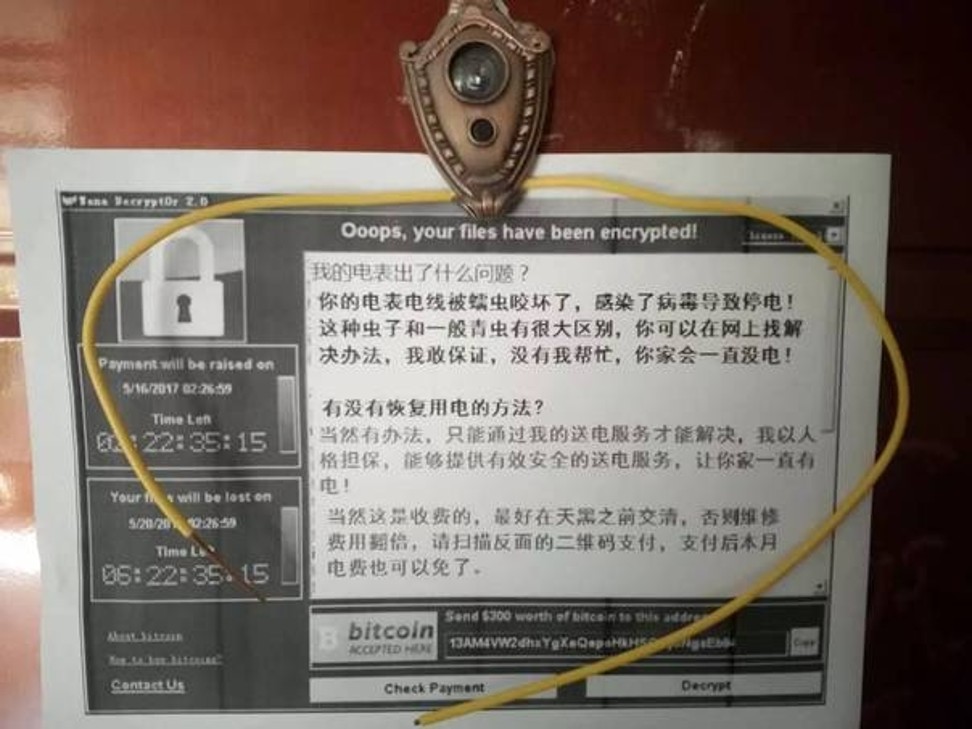 “A typo in the note, bang zu (幫組) instead of bang zhu (幫助), which means ‘help’, strongly indicates the note was written using a Chinese-language input system rather than being translated from a different version,” the report said. “The text uses certain terms that further narrow down a geographic location. One term, libai ( 禮拜 ) for ‘week,’ is more common in southern China, Hong Kong, Taiwan, and Singapore,” the researchers added.

Chinese phrases omitted in other language versions, such as “even the coming of God cannot retire these documents” and “Please relax, I absolutely will not scam you”, also suggested ­Chinese was the hackers’ native language, Flashpoint said. But Zhang Kefeng, a professor of Chinese language at Jimei University in Xiamen, Fujian province had doubts about some of Flashpoint’s conclusions.

“Libai is not just used in southern China. Many areas in the north use the word in communication as well, and every day,” he said. “It is difficult to spot geographical differences in written Chinese nowadays, especially among educated people. People with different accents tend to write in a style very similar,” Zhang added.

Numerous Beijingers told that they used the word libai often. Tang Wei, vice-president of cybersecurity company Rising, said Flashpoint’s analysis had useful information but that it was too early to reach a conclusion. “A professional hacker often leaves behind numerous decoys to mislead the chase,” he said. “The unprecedented outbreak of WannaCry showed they could be highly sophisticated criminals.”