Back in February, it was hard drive lights that leaked data. Now, the side-channel experts at Israel's Ben-Gurion University have applied a similar principle to routers. 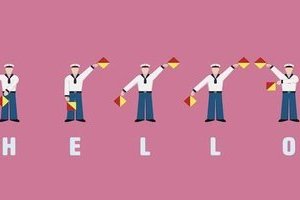 The attraction of signalling from a router is clear: is you can get the router to leak admin credentials, you don't just p0wn one machine, but probably the whole network too. It's correspondingly more challenging than taking over one unit, though: as well as needing a sensor with line-of-sight to the router, you have to compromise the router.

If you've go control of the router, Mordechai Guri's team developed firmware, dubbed “xLED”, to adds LED control to the router's operation. Alternatively, the group writes in this paper, an attacker with sufficient privilege can skip the firmware and instead get the router to execute a malicious script. The code snippet below is described as the “simplest case” modulation approach on a Linux-based router operating system.

If you're not touching the OS, the shellscript is also pretty simple:

If you've got some time to spare, Guri told the proof-of-concept video below has a code so you can try and work out what's being exfiltrated:

If you're stuck with a camera to snoop on the LEDs, the exfiltration rate is limited to less than 1 Kbps: a GoPro Hero5 could manage to sense LED blinks at 960 bits/second, but most cameras could only hit 120 bits/second.

If you've got physical access to the target's facility, things work much better: an optical sensor (Guri's group used a Thorlabs PDA100A) could operate at more than 1 Kbps and as high as 3.5 Kbps. Probably the best countermeasure is tape over the LEDs, even if it's inconvenient; and to pay attention to the firmware on your routers.