Internet cameras have hard-coded password that can’t be changed 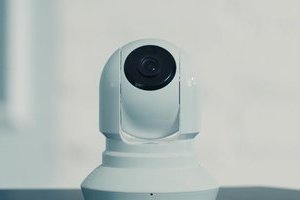 That's according to a 12-page report released Wednesday by security firm F-Secure.

Researchers at F-Secure documented 18 vulnerabilities that the manufacturer has yet to fix despite being alerted to them several months ago. All of the flaws were confirmed in a camera marketed under the Opticam i5 HD brand. A smaller number of the vulnerabilities were also found in the Foscam C2. The report said the weaknesses are likely to exist in many other camera models Foscam manufactures and sells under other brand names.

The flaws allow for a wide range of hacks, including using the Internet-connected cameras to participate with other infected devices in distributed denial-of-service attacks, accessing private videos, and compromising other devices connected to the same local network. The vulnerabilities are compounded by the ability to permanently replace the normal firmware controlling the camera with malicious firmware that can survive restarts without being detected.

One example of three vulnerabilities disclosed in the report: both camera models have (1) a built-in file transfer protocol server that contains a hard-coded account password (an empty password, by the way) that can't be changed by the user, (2) a hidden and undocumented telnet function that allows attackers to expand the device capabilities, and (3) incorrect permissions assigned to programming scripts that run each time the device starts.

Hackers could exploit all three of these flaws in a way "to allow the attacker persistent remote access to the device," the report explained. "The empty password on the FTP user account can be used to log in. The hidden Telnet functionality can then be activated. After this, the attacker can access the world-writable (non-restricted) file that controls which programs run on boot, and the attacker may add his own to the list. This allows the attacker persistent access, even if the device is rebooted. In fact, the attack requires the device to be rebooted, but there is a way to force a reboot as well."

The researchers went on to say that they notified Foscam representatives of the vulnerabilities several months ago and that, to date, the manufacturer hasn't fixed any of them. With no security updates, F-Secure declined to release proof-of-concept exploits. Besides the Foscam and Opticom brands, F-Secure said it was aware of 14 other brands used to market Foscam-made devices. They include:

People who running one of these devices should strongly consider running them inside a dedicated local network that doesn't have access to other connected devices and can't be reached from the outside Internet. More generally speaking, all Internet-of-things users should be sure to change all default passwords and regularly check for security updates, although sadly, in this case, those precautions will provide little protection.