When you're a bad guy breaking into a network, the first problem you need to solve is, of course, getting into the remote system and running your malware on it. 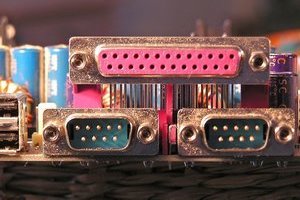 But once you're there, the next challenge is usually to make sure that your activity is as hard to detect as possible. Microsoft has detailed a neat technique used by a group in Southeast Asia that abuses legitimate management tools to evade firewalls and other endpoint-based network monitoring.

The group, which Microsoft has named PLATINUM, has developed a system for sending files — such as new payloads to run and new versions of their malware — to compromised machines. PLATINUM's technique leverages Intel's Active Management Technology (AMT) to do an end-run around the built-in Windows firewall. The AMT firmware runs at a low level, below the operating system, and it has access to not just the processor, but also the network interface.

The AMT needs this low-level access for some of the legitimate things it's used for. It can, for example, power cycle systems, and it can serve as an IP-based KVM (keyboard/video/mouse) solution, enabling a remote user to send mouse and keyboard input to a machine and see what's on its display. This, in turn, can be used for tasks such as remotely installing operating systems on bare machines. To do this, AMT not only needs to access the network interface, it also needs to simulate hardware, such as the mouse and keyboard, to provide input to the operating system.

But this low-level operation is what makes AMT attractive for hackers: the network traffic that AMT uses is handled entirely within AMT itself. That traffic never gets passed up to the operating system's own IP stack and, as such, is invisible to the operating system's own firewall or other network monitoring software. The PLATINUM software uses another piece of virtual hardware — an AMT-provided virtual serial port — to provide a link between the network itself and the malware application running on the infected PC.

Communication between machines uses serial-over-LAN traffic which is handled by AMT in firmware. The malware connects to the virtual AMT serial port to send and receive data. Meanwhile, the operating system and its firewall are none the wiser. In this way, PLATINUM's malware can move files between machines on the network while being largely undetectable to those machines.

AMT has been under scrutiny recently after the discovery of a long-standing remote authentication flaw that enabled attackers to use AMT features without needing to know the AMT password. This in turn could be used to enable features such as the remote KVM to control systems and run code on them.

However, that's not what PLATINUM is doing: the group's malware requires AMT to be enabled and serial-over-LAN turned on before it can work. This isn't exploiting any flaw in AMT; the malware just uses the AMT as it's designed in order to do something undesirable.

Both the PLATINUM malware and the AMT security flaw require AMT to be enabled in the first place; if it's not turned on at all, there's no remote access. Microsoft's write-up of the malware expressed uncertainty about this part; it's possible that the PLATINUM malware itself enabled AMT—if the malware has Administrator privileges, it can enable many AMT features from within Windows — or that AMT was already enabled and the malware managed to steal the credentials.

While this novel use of AMT is useful for transferring files while evading firewalls, it's not undetectable. Using the AMT serial port, for example, is detectable. Microsoft says that its own Windows Defender Advanced Threat Protection can even distinguish between legitimate uses of serial-over-LAN and illegitimate ones. But it's nonetheless a neat way of bypassing one of the more common protective measures that we depend on to detect and prevent unwanted network activity.