A 25-year-old broke into a DoD satellite communication system and doxed around 800 Department of Defense employees. 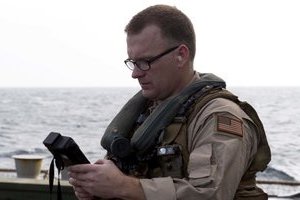 A British man has pleaded guilty to hacking into a US Department of Defense system stealing data from around 30,000 satellite phones, UK authorities announced on Thursday.

Sean Caffrey, a 25-year-old from the outskirts of Birmingham, admitted to breaking into a US military communications system on June 15, 2014, stealing "hundreds of user accounts." The hacker stole "ranks, usernames and email addresses of more than 800 users of a satellite communications system, as well as of about 30,000 satellite phones," according to a press release by the National Crime Agency, or NCA. "No one should think that cyber crime is victimless or that they can get away with it," NCA's investigations manager Janey Young was quoted as saying.

In the indictment, the NCA said the hacker broke into the Enhanced Mobile Satellite System Short Burst Data System of the United States Department of Defense. In the press release, the agency did not provide any details into how Caffrey was caught. It only said that agents found the hack originated from his internet connection, and then found the stolen data on his computer after a "forensic examination."

Caffrey was arrested in March of 2015, according to the NCA. At the time, the NCA said a hacker stole data from "an international satellite message dissemination system", the Enhanced Mobile Satellite Services, which is used by the the Pentagon to communicate with employees around the world via email or phone. The hacker then allegedly claimed the attack with a message on the text-sharing site Pastebin, according to the NCA.

"We smite the Lizards, LizardSquad your time is near," the message read, according to the NCA. The hacker appeared to taunt the infamous hacking group Lizard Squad, notorious for targeting Xbox Live and other online gaming services. "We're in your bases, we control your satellites. The missiles shall rein [sic] upon thy who claim alliance, watch your heads, ** T-47:59:59 until lift off."

The message, or a copy of it, appears to be still up. The author of the message claimed to be affiliated with ISIS, and shared a few screenshots to prove his feat. The screenshots show full names, phone numbers, email addresses and usernames of servicemen.

Caffrey's intrusion caused $628,000 in damages, the DoD said. The hacker pleaded guilty to one offense under the UK's anti-hacking law, the Computer Misuse Act. The FBI and the Department of Defense collaborated in the investigation, according to the NCA's press release. The NCA did not immediately respond to a request for comment. The FBI and the DoD also did not immediately get back to Motherboard's request for more information on the case.