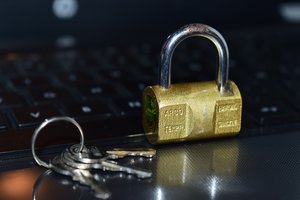 Supposedly developed by the same gang that previously operated the Dyre Trojan, TrickBot was first spotted in the summer of 2016, and initially detailed in October. By November, the malware was being used in widespread infection campaigns in the UK and Australia, and popped up in Asia the next month.

Earlier this year, it started targeting the private banking sector. The 26 active TrickBot configurations observed in May 2017 were targeting banks in the UK, Australia, US, Canada, New Zealand, Ireland, France, Germany, Switzerland, the Netherlands, Bulgaria, India, Singapore, and Hong Kong. All command and control (C&C) servers used as part of these campaigns were communicating with infected machines over port 443.

The list of Trojan’s targets now also includes two payment processing providers and two CRM SaaS providers, yet TrickBot isn’t the first to include them. In March this year, the Marcher Android banking Trojan started hitting payment processors too, the researchers say.

The researchers analyzed two TrickBot infection campaigns that were active in May, with one configuration packing 210 URL targets and the other including 257 URLs. Both campaigns targeted the same US payment processor (PayPal), but the CRM targets only appeared in the second campaign.

The first campaign focused mainly on banks (83% of URL targets) and PayPal (a payment processor attributed to the US), but targeted no US bank. A total of 35 unique PayPal URLs found in the configuration used in this campaign were targeted in the second campaign too, although it mainly focused on banks in the UK (47% of targets).

The second campaign expanded the list of targeted banking URLs and payment processors with the addition of a new payment processor URL in the UK. CRMs were also added to the list, namely Salesforce.com and an auto sales CRM developed by Reynolds & Reynolds in the US.

Experts identified 6 C&C IP addresses, all within European web hosting provider networks, three of which are operated by hosting firms in Asia. All use 443 / HTTPS for communication with the infected hosts, which allows them to hide the malicious traffic and evade detection, because many anti-virus solutions don’t inspect encrypted traffic.

“It seems the success of TrickBot thus far has influenced the authors to not only repeat their previous target list of banks from previous campaigns but to expand those targets to include new banks globally as well as CRM providers. The fact that C&C servers in these two most recent campaigns reside within web hosting companies is also significant, along with the fact that the C&C servers were different from those used in previous campaigns,” experts say.