Here’s a surprise announcement from Google: It will stop scanning the inboxes of Gmail’s free users for ad personalization at some point later this year. 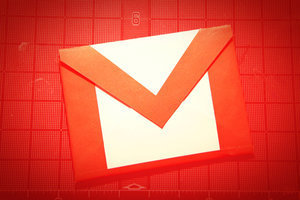 Google already doesn’t do this for business users who subscribe to its G Suite services, but until now, it routinely scanned the inboxes of its free users to better target ads for them. It then combined that information with everything else it knows about its users to build its advertising profiles for them.

Diane Greene, Google’s senior VP for Google Cloud, says the company made this decision because it “brings Gmail ads in line with how we personalize ads for other Google products.” Google won’t stop showing ads in Gmail, though, and it’s worth noting that given how much the company already knows about all of its users, it just might not need these additional signals from Gmail. And maybe they even turned out to be relatively useless or even detrimental for ad performance.

As much as I’d like to believe that Google is doing this out of the goodness of its heart, chances are the only reason the company would make any changes to its advertising products is because it has data that shows it doesn’t need this additional information about its users.

So far, the inbox scanning doesn’t seem to have hampered Gmail’s growth; it now has 1.2 billion users. That, of course, is not what Greene says in today’s announcement. According to the official line, the idea here is to more closely align G Suite’s Gmail and consumer Gmail.