SpaceX aborted the launch of one of its Falcon 9 rockets on Sunday with less than 10 seconds left to lift-off, causing the company to delay the mission for the day. 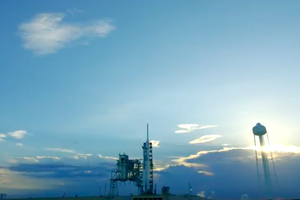 The rocket remains completely intact as SpaceX’s computer automatically stopped the countdown because something in the guidance system was “out of limits,” according to John Insprucker, the principal integration engineer for the Falcon 9 and the host of today’s livestream.

“This is a computer abort that happened at T-10 seconds where we’re looking at the status of the guidance system and the flight hardware that supports it,” he said. “It appears that something was out of limits, the computer stopped the countdown before we got into the engine ignition sequence.” “Unfortunately, though, we’re not going to be able to recycle the countdown in the time that we have left in the window and make another attempt today.”  We’ve reached out to SpaceX for more information.

SpaceX could attempt to reschedule the launch for as early as tomorrow at around 7:37 pm ET. It could not restart the countdown on Sunday since the launch window for the day was just under an hour. This would have been the third rocket the company launched in less than two weeks. Eventually, this particular Falcon 9 rocket will be sending an Intelsat35e communications satellite into a geostationary orbit.