South Korea is a leader in the ethereum cryptocurrency; a full 20 percent of global ether trades are exchanged for South Korea's currency, the won. Now, all the attention appears to have attracted hackers. 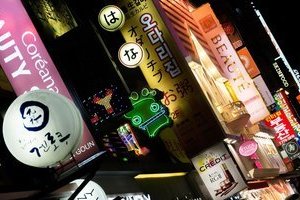 Last week, customer information and allegedly "billions" of won were stolen from South Korea's largest exchange for buying and selling ether as well as it's more popular and established cousin bitcoin.

South Korea-based Bithumb is the fourth largest cryptocurrency exchange in the world by volume, and the second largest ethereum exchange behind China's OKCoin. English-language details are scarce right now, but the government-funded that Bithumb contacted South Korea's cyber crime watchdog on Friday after it learned of the hack. A Bithumb employee's home computer was hacked and information on 30,000 customers was stolen, although no passwords were compromised, according to the exchange. South Korean officials are now investigating the hack.

Despite Bithumb's alleged claim that no passwords were stolen, South Korean users are reporting that funds were stolen from their accounts on the Bithumb exchange. On Naver, South Korea's version of Reddit, a subforum for the hack features numerous posts from users claiming to have lost funds in the hack. One thread title reads, "I was hit. 7,100,000 won," which equates to around $6,000 USD.

Bithumb did not respond to the request for comment in time for publication. If customer funds were indeed stolen from Bithumb customers, the hack is just another reason why experts argue that it may not be wise to entrust your funds to a third party company. In April of this year, a smaller South Korean cryptocurrency exchange was hacked and lost millions of dollars USD of customer funds.

Other options besides storing your funds with a third party for ethereum users include storing the private keys that control their funds on hard drives that are not connected to the internet. This isn't as convenient (or maybe even beneficial, if you're a day trader), but gives hackers fewer openings. As ethereum and cryptocurrencies in general continue to rise in value and garner mainstream attention, we're sure to see more hackers come along for the ride.