This Android malware steals data from 40 apps, spies on messages and location

A newly uncovered form of Android malware aims to steal data from over 40 popular apps including Facebook, WhatsApp, Skype and Firefox - and the trojan has been actively engaging in in this illicit activity for almost two years. 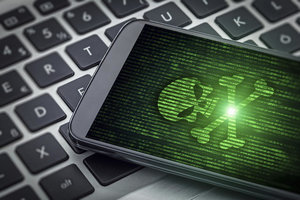 Dubbed SpyDealer by the Palo Alto Networks researchers who discovered it, the malware harvests vast accounts of personal information about compromised users, including phone numbers, messages, contacts, call history, connected wi-fi information and even the location of the device.

The espionage capabilities of the trojan also enable it to record phone calls and videos, along with surrounding audio and video, take photos with both front and rear cameras, take screenshots of sensitive information and monitor the devices location at all times. Described as an advanced form of Android malware, SpyDealer is able to open a backdoor onto compromised devices by abusing a commercially available Android accessibility service feature in order to root phones into providing superuser privileges.

Samples of the malware analysed by researchers suggests that the malware reuses root exploits used by commercial rooting app "Baidu Easy Root" in order to maintain itself on the compromised device while it harvests personal information and spies on communications from the apps with root privilege.

Like many other forms of malware, SpyDealer is capable of receiving instructions from a command and control server - as well as commands by text message - in order for those behind it to alter what information they're gathering or to remotely control the infected device. SpyDealer is described as "only completely effective" against Android devices running versions between 2.2 and 4.4 as the rooting tool it exploits only supports these versions of the operating system.

With two billion active Android devices, that potentially means 500 million Android devices are vulnerable to having sensitive data stolen should they come under under attack from this trojan. Researchers remain uncertain as to how devices become infected with SpyDealer but evidence suggests Chinese users become infected via compromised wireless networks.

Palo Alto Networks has reported the threat to Google, which has created new protections through Google Play Protect in order to protect against the threat. Many of the targeted apps are native to China, but a large amount are applications used worldwide. According to the researchers, SpyDealer attempts to steal data from apps including WeChat, Facebook, WhatsApp, Skype, Line, Viber, QQ, Tango, Telegram, Sina Weibo, Tencent Weibo, Android Native Browser, Firefox Browser, Oupeng Brower, QQ Mail, NetEase Mail, Taobao, and Baidu Net Disk.